I think my best recent discovery on the web has been Wigmore Hall’s Youtube channel.  There’s a wealth of material in various genres but, from my point of view, the real glory are the song recitals.  I’ve seen particularly good ones from Gerry Finley and Sarah Connolly and, more recently, really well thought out programmes from Allan Clayton and Stephanie Wake-Edwards and from Ema Nikolovska.  Many readers will remember her “virtual” Toronto Summer Music recital a few months ago.  This one is just as good!

END_OF_DOCUMENT_TOKEN_TO_BE_REPLACED

So what am I still watching on-line? 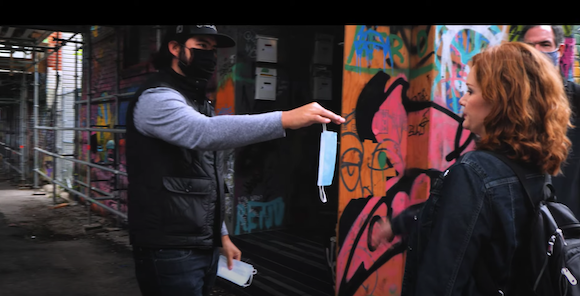 What new discoveries have I made? END_OF_DOCUMENT_TOKEN_TO_BE_REPLACED

There’s been a fair amount of buzz about what competitions are for going on both on-line and here in Montreal.  Lydia at Definitely the Opera raised the question in comments and it came up in conversation at the Salle Bourgie a couple of times last night.  I suppose the basic question is are competitions a way for younger, less well known, singers to get notice, attract an agent etc or are they a way for more established young singers to cement their reputation (and maybe make some money)?  It’s a reasonable thing to ask because it’s asking a lot to expect a 25 year old in a young artists program to compete with a thirty something who has sung significant roles on major stages.

Both types of singer are evident in Montreal this week.  The singers range in age from 24 to 35 with a median age of 29.5.  Experience ranges from “left the conservatory last year” to “has sung at the Met”.  It really stands out in the hall too.  There’s a world of difference between an established and polished performer like John Brancy or Rihab Chaieb and someone new to the limelight like Olga Rudyk.  (The frighteningly mature and confident Emily D’Angelo being the exception that proves the rule!).

It’s also been suggested that there is almost becoming something of a competition “circuit”.  Many of the CMIM competitors (and judges) also featured at the last Wigmore Hall competition.  It’s an interesting thought, especially for art song.  Maybe a competition format would drum up more interest than conventional recitals (though rules severely restricting the use of certain songs would surely be necessary).