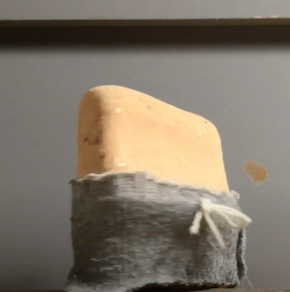 So Arts Anyway brought us dinosaurs (and where are you guys… we worry you know…).  Now it’s back to the stone age with Tapestry Opera’s take on rock opera.  Keith Klassen I can hear you!

The COC is posting complete performance videos from the archive here.   These are “technical” videos designed to inform a future revival rather than material intended for broadcast.  They feature a single camera angle (full stage) and the video quality is so-so but it’s quite interesting.  There will be one available at a time and the current one is Strauss’ Arabella from a couple of seasons ago.

END_OF_DOCUMENT_TOKEN_TO_BE_REPLACED

A couple of days ago Joseph So interviewed Alexander Neef about various aspects of the current situation in a session organised by the IRCPA.  Inevitably and appropriately it focussed heavily on the challenges facing performers; especially those at the beginning of their careers, but there were a couple or three things not related to that that really caught my attention.

The first was around the theme of “what does the opera world look like if and when we get back in the theatre?”  One part of this question that really wasn’t addressed was “will it be the same audience?”  Given the demographics of the current viral epidemic I really wonder whether the oldest section of the audience will come back; at least in the short/medium term.  Which is probably linked to a question that was addressed which was “will the financial impact of the crisis make companies program more conservatively?”  Alexander handled this pretty diplomatically (surprise!) by answering (more or less) “if we don’t make art, we cease to have a purpose” and saying there was a limit to how many times one could program standard rep, though to be honest I’ve never detected any such limit at the COC.  My guess is that we see an intensification of the trend already apparent under the pressure of long term decline in ticket sales.  That’s to say one or two marquee productions a season buttressed with unchallenging revivals of the Operabase top 20 but we shall see.  That’s been a formula that has, by and large, appealed to the traditional audience but if (big if) future audiences skew younger it may merely make things worse.

END_OF_DOCUMENT_TOKEN_TO_BE_REPLACED

Tafelmusik are starting a series of on-line concerts on May 27th.  They are ticketed, Pay-What-You-Like with a starting price of $5.  Details on the whole series can be found here.

Tomorrow at 3pm EST Jo So is interviewing Alexander Neef on a Zoom channel under the auspices of the IRCPA.  You need to register as space is limited.  The topics, how to register etc can be found at https://ircpa.net

On Friday May 29th at 8pm EST there’s another virtual event.  The vocal/piano du Chordless (Allegra Chapman and Sarah LeMesh) will be premiering a music video of George Crumb’s The Night in Silence Under Many a Star.  I’ve seen a short preview and I’m intrigued.  It will be followed by a Q&A on the theme of “How will digital media shape artists’ and audience’s performance experience, even beyond the pandemic era?”  Registration information is here

Living Room Music concert series is an eclectic series of events hosted by Isobel Leonard.  As best I can tell they are likely to feature music in a variety of genres plus spoken word and dance.  There’s a show called Grateful Embrace tomorrow at 7pm tha includes Toronto based baritone Jorell Williams.  There’s lots more information on the whole series here.  There are links to the video on the AOP page or you can find them on the American Opera Project Youtube channel.

On May 20th at 8pm Opera Atelier are hosting a virtual showcase called Together/Apart.  There’s a really good line up of singers, dancers and instrumentalists including Angela Hewitt and Wallis Giunta.  All the details are on the Opera Atelier website which is also where the stream will be hosted.

Both these events are free but donations would be appreciated. 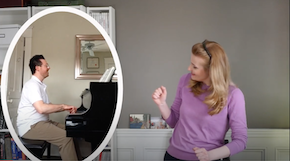 There are now many organisations and individuals regularly posting free online content to tide us over the “lockdown”.  Here are some of the ones I’m keeping track of:

Youtube channels.  Best followed by searching for the channel name and then subscribing.  That way you will get notified of new stuff whenever you sign into Youtube. END_OF_DOCUMENT_TOKEN_TO_BE_REPLACED