For probably the first time in almost 200 years the 1809 original version of Gaspare Spontini’s Fernand Cortez ou la conquête de Mexique got a theatrical run last October.  It was at the Teatro del Maggio Musicale Fiorentino in a new edition by Paolo Petazzi where it was recorded for video release.  There’s tons to unpack here because few people will be familiar with the work and if they are it will likely be in the very different 1817 version.  It’s also a far from straightforward production. 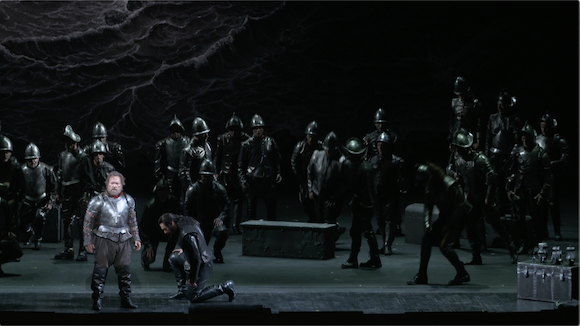