Confluence Concerts opened their season yesterday at 918 Bathurst with a concert featuring a new work by Ian Cusson and André Alexis.  We’ll come to that because before it there was about 45 minutes of music doing what Confluence does; the relatively unexpected.  There were arrangements for various combinations of voices and instruments of songs by the likes of Kate Bush, Coldplay and Neil Young.  There was an instrumental version of Bruce Cockburn’s Pacing the Cage (Larry Beckwith – violin, Andrew Downing – bass) and a Mozart violin sonata (Beckwith and Cusson) plus an intriguing percussion solo by Bevis Ng and more.  It featured the usual suspects; Larry Beckwith, Andrew Downing, Suba Sankaran, Dylan Bell and Patricia O’Callaghan plus Messrs Cusson and Ng and it was fun.

END_OF_DOCUMENT_TOKEN_TO_BE_REPLACED 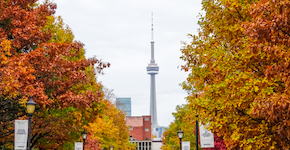 Looking ahead to the next few weeks:

END_OF_DOCUMENT_TOKEN_TO_BE_REPLACED

There are a few season announcements piling up in the in box….

END_OF_DOCUMENT_TOKEN_TO_BE_REPLACED

There’s a new video up on the Confluence Concerts Youtube channel.  It’s a lecture recital by counter-tenor Ryan McDonald about Klaus Nomi.  It’s an interesting and scholarly attempt to situate Nomi in the context of both his own time and place (1970s/80s New York City) and in the context of contemporary queerness in the classical music world.  There’s also some singing.  Ryan, accompanied by Ivan Jovanovic, performs some of the material associated with Nomi including a couple of “diva arias” and songs by Dowland, Schumann and Purcell.

END_OF_DOCUMENT_TOKEN_TO_BE_REPLACED

Confluence Concerts returned to live performance last night at Heliconian Hall.  The concert, curated by Patricia O’Callaghan, was titled A Simple Twist of Fate and featured an eclectic mix of music either on the topic of Fate or that was entwined with the fates of the performers. 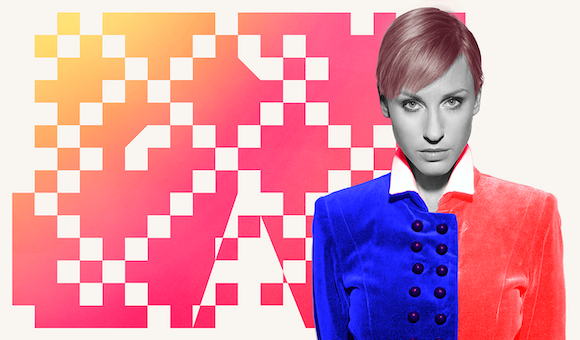 END_OF_DOCUMENT_TOKEN_TO_BE_REPLACED

John Beckwith turned 95 a little while ago and there’s some good celebratory material up on Youtube.  Confluence Concerts are rereleasing their three concerts from last year.  The first one is here.  Plus, Canadian Art Song project have a really lovely film of Krisztinaa Szabó and Steven Philcox performing The Four Short Songs to texts by Kandinsky.  The location filming is the work of Jenn Nicholls and Patrick Hagerty and it’s gorgeous.  The performance is rather good too. 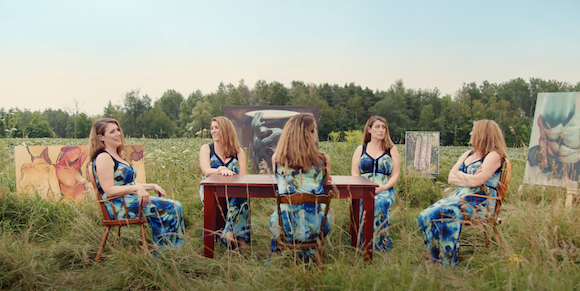 I spent three hours earlier today listening to three panel discussions about the issues involved in presenting Puccini’s Madama Butterfly.  The overall event was titled Grappling with Madama Butterfly Today: Representation, Reclamation, Re-imagination.  They were three very different panels as we shall see.  But first some context.  The event was co-presented by Confluence Concerts, Amplified Opera, the Canadian Opera Company, the Faculty of Music at the University of Toronto, and the Humanities Initiative at the Munk School of Global Affairs and Public Policy at the University of Toronto.  One of the “triggers” for the event was the planned revival of Madama Butterfly at the COC (now to be done as an “on-line” event of some description) though one might have listened to the discussions without actually realising that.

The first panel consisted of COC boss Perryn Leach with soprano Teiya Kasahara, soprano Jaclyn Grossman and Boston Lyric’s Jessica Johnson Brock.  I expected it to tackle the problematic nature of Madama Butterfly head on, as indeed the other two panels did, but it didn’t.  It got sidetracked into essentially blind alleys about whether the work should be performed at all and whether one should always cast Asians in Asian roles and such.  I got the strong feeling that no-one involved wanted to touch the issue of why, in 2022, the COC had planned to present a thoroughly unreflective, indeed deeply racist and sexist, production of the work.  And that in the context of a season of three problematic operas presented in equally unambitious productions.  Indeed, so unambitious that Leech’s deputy has described Mozart’s The Magic Flute as a “whimsical comedy”.  Brigid Brophy must be gyrating in her crypt.  Why was the discussion so anodyne?  I think it comes down to power dynamics.  Perryn Leech advanced views that I think can be summed up as “as long as we present enough new work (preferably short stuff on small stages) and do a few token events like this one it’s OK to give the bougie donors their fix.  Even if that fix is racist and misogynist.  Nobody challenged this.  After all, if you are a young woman trying to make her way in the deadly world of opera why would you call out the most powerful person in Canadian opera?

END_OF_DOCUMENT_TOKEN_TO_BE_REPLACED

The third and final concert in Confluence Concerts and the Toronto Bach Festival’s presentation of the Bach cello suites is now on line.  It features Andrew Downing playing the Suite No.2 in D minor BWV1008 on double bass and Ryan Davis playing the Suite No.5 in C minor BWV1011 on viola.  Both pieces were recorded in front of a live audience at Heliconian Hall.

END_OF_DOCUMENT_TOKEN_TO_BE_REPLACED

The second of three concerts of the Bach cello suites prresented by Confluence Concerts and the Toronto Bach Festival is now up on Confluence’s Youtube channel.  There’s an hour or so of really nice cello playing with Kieran Campbell playing the Suite no.4 and Eleanor Fry performing the Suite no.6.  The most interesting segments though are hearing the musicians talk about their rather unusual instruments.  Kieran was playing an early 18th century instrument that is quite a bit larger than a modern cello and has no spike at the foot.  It’s strung with gut of course though two of the strings are metal wrapped.  Eleanor’s instrument is a modern reproduction of a baroque five stringed cello.  I had no idea such a thing existed!  As with all the Confluence streams, technical quality is impeccable.  Definitely worth a look. 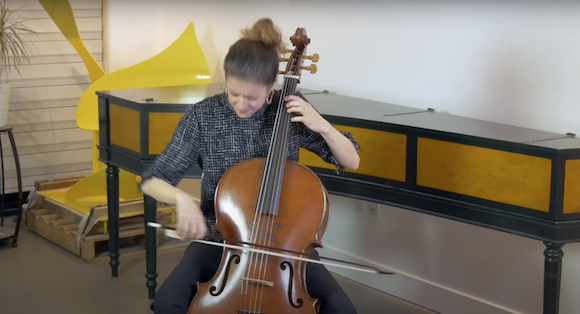