The latest commission from the Canadian Art Song Project is Another Day by Abigail Richardson-Schulte.  It’s a setting of six poems by schoolchildren on the theme of refugees and human rights.  It’s now available on video performed by soprano Anna-Sophie Neher with Carl Matthieu Neher at the piano.

END_OF_DOCUMENT_TOKEN_TO_BE_REPLACED

Coming up at the Royal Conservatory….

I found out yesterday that Vancouver based composer Jeffrey Ryan has won the 2021 Art Song Prize from the National Association of Singing Teachers (a US based body) for his song cycle Everything Already Lost.  This is believed to be a first for a Canadian composer.  Now, readers with good memories might recall that I was decidedly impressed by Ryan’s Miss Carr in Seven Scenes which was the 2018 CASP commission so, obviously, I was keen to check out the new work.

END_OF_DOCUMENT_TOKEN_TO_BE_REPLACED

It’s that time of year when one reflects on the good and the not so good.  What one would like to see more of and not.  What seemed significant about the year.  As I look back over my writings for the last twelve months one clear theme stands out, Reconciliation.  There was the COC’s very thoughtful and thought provoking remount of Somers’ Louis Riel in April and all the fascinating events that went on around that.  There were attempts by the TSO to incorporate Indigenous themes; the Tanya Tagaq concert in March and Adizokan with Red Sky in October.  Neither of these quite came off but the intent was good.  Then there was a really fine recital of works by Indigenous composers by Marion Newman at the beginning of the year.  Then, of course, the Clemence/Current piece Missing, about murdered and missing Indigenous women, which premiered in British Columbia and which I haven’t seen yet but really, really want to.  2017 was also the year when Land Acknowledgements went mainstream in the Toronto arts world.  I guess there’s some tokenism here but there does seem to be far more engagement with Reconciliation in the arts world than in, say, the political mainstream which is unfortunate because opera isn’t going to produce clean drinking water.  We have to start somewhere I guess. 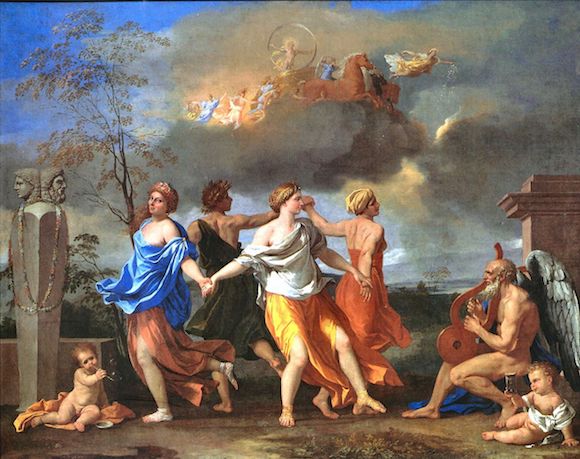 END_OF_DOCUMENT_TOKEN_TO_BE_REPLACED

It’s a bit of a crazy week coming up.  On Monday at 8pm there’s the first in a series of young artists concerts presented by Atelier Rosemarie Umetsu and Yamaha Canada.  This one features pianist Cindy Liu in an all Prokofiev program.  It’s at Rosemarie’s atelier at 310 Davenport Road and tickets are $20 ($10 student).

Tuesday is a double header with Erin Wall performing at noon in the RBA in a program of Korngold, Debussy and Duparc.  Then at 5.30pm at the Canadian Music Centre there’s a CD launch concert for Sing Me at Midnight; the latest recording from CASP featuring songs by John Greer.  Both these events are free.

END_OF_DOCUMENT_TOKEN_TO_BE_REPLACED

The very busy spring season continues for another couple or three weeks before we head into the summer lull.  This afternoon sees the final Songmasters concert of the season at the Royal Conservatory with the Hungarian-Finnish connection.  Soprano Leslie Ann Bradley, bass-baritone Stephen Hegedus, pianists Rachel Andrist and Robert Kortgaard and violinist Erika Raum will perform Kaija Saariaho’s Changing Light as well as works by Liszt, Bartók, Sibelius, and others.  That’s at 2pm in Mazzoleni Hall.

END_OF_DOCUMENT_TOKEN_TO_BE_REPLACED

Canadian Art Song Project has just issued its second CD; Cloud Light.  It’s a collection of four contrasting works by Polish-Canadian composer Norbert Palej.  The first, Three Norwegian Songs (2011) was composed for baritone Peter McGillivray, who sings them here. The settings are of English translations of Norwegian texts.  Maybe it’s because the texts are translations or maybe because this seems the most American/Broadway inflected piece on the disk I found it the least effective but, as we shall see, it has serious competition.  In any event Peter sings it very well even when it goes cruelly high. END_OF_DOCUMENT_TOKEN_TO_BE_REPLACED

Not so much on this week.  Tuesday COC chorus member and guitarist Doug MacNaughton, currently appearing as Antonio in Marriage of Figaro, has a noon hour concert on Tuesday in the RBA featuring a new piece by Dean Burry and other works ranging from John Rutter to Donald Swann.  Then on Friday CASP have an evening recital at the Enoch Turner Schoolhouse featuring Philip Addis and Emily Hamper.

Siegfried and Marriage of Figaro continue at the COC.  The last performance of the former is today at 2pm while the latter plays Wednesday and Friday at 7.30pm.