Last night’s Canadian Art Song Project, part of the Conservatory’s 21C festival, was sold out.  Yep, a sold out concert of contemporary Canadian art song not featuring an A-list singer.  Clearly Mercury is in retrograde or something.  Anyway, the first half of the concert featured baritone Iain MacNeil with one of my favourite collaborative pianists Mélisande Sinsoulier.  They gave us Lloyd Burritt’s The Moth Poem to texts by Robin Blaser.  This is a basically tonal work with a piano part that I found more interesting than the vocal writing (common enough in contemporary art song).  There was some nice delicate singing from Ian and complete mastery of the intricate piano part by Mélisande.  Andrew Staniland’s setting of Wallace Stevens’ Peter Quince at the Clavier followed.  This is a more ambitious work with quite a complex soundscape and a piano part that requires a range of technique as much of it is written to sound “mechanical” as a nod to the title of the poem.  Oddly, despite the title, the text is a rich but highly allusive rendering of the story of Susanna and the Elders and a reminder of how much a really interesting text can enhance a song.  I’d like to hear this again.

END_OF_DOCUMENT_TOKEN_TO_BE_REPLACED

The Thursday concert at UoT yesterday was a recital by Joel Allison and Mélisande Sinsoulier, respective winners of the Norcop song prize and Koldofsky prize in accompanying.  It was a very satisfying performance.  Loewe’s Tom der Reimer set the tone with fine singing from Allison and quite inspired pianism from Ms. Sinsoulier.  Allison displayed power and agility plus an ability to sing quite elegantly when required though perhaps he does occasionally “push” the drama a bit further than the text really needs. 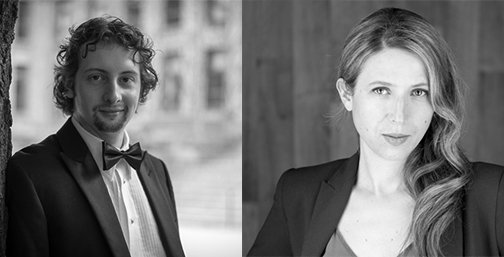