Yesterday I saw the culmination of the project that I had seen in rehearsal earlier in the week.  The Ukrainian Art Song Project Summer Intensive presented 21 songs in a linked narrative about losing and regaining inspiration.  It was staged in the round in the Temerty Theatre with the piano in the middle of the room and the action taking place all over.  Pavlo Hunka directed.  Albert Krywolt and Robert Kortgaard shared piano duties and there were eight young singers from Canada, the US and Ukraine. 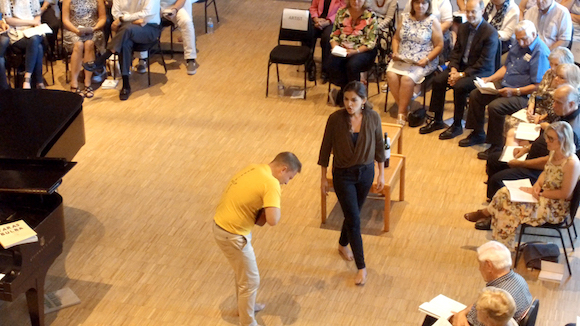 END_OF_DOCUMENT_TOKEN_TO_BE_REPLACED

I went into last night’s Glenn Gould School performance of Mozart’s The Magic Flute at Koerner Hall with all kinds of questions buzzing around in my head; partly because of an earlier conversation with director Joel Ivany and partly, well, Magic Flute – that most enigmatic of operas.  If only one could go back (more than forty years) to seeing it for the first time! 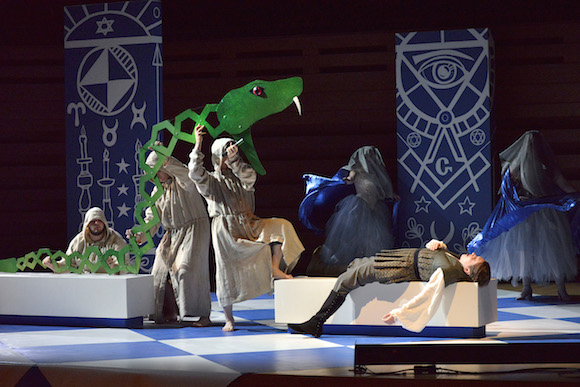 END_OF_DOCUMENT_TOKEN_TO_BE_REPLACED

It’s always an interesting evening.  It’s the first chance of the year to see what the Conservatory has to offer.  The first thing I noticed was that the tenor famine seems to be over.  There were four tenors on offer to two baritones.  Just the one mezzo though and more sopranos than I could count.

END_OF_DOCUMENT_TOKEN_TO_BE_REPLACED

It’s that mid point of the academic year when the GGS puts on a recital programme that features a fairly full selection of the available singing talent at the Conservatory.  This means one sees everything from first year undergrads to singers in the final stages of a master’s degree, who may already be singing professionally, so it’s a constant exercise in recalibration.  It wasn’t helped last night by the fact that I had serious TTC problems causing me to miss the first three numbers on the programme plus feeling a bit frazzled for the rest.  So, in no particular order, I’m going to write about what I particularly enjoyed.  Omission should not be over-interpreted.

END_OF_DOCUMENT_TOKEN_TO_BE_REPLACED

The Glenn Gould School’s fall opera production this year is Humperdinck’s Hansel and Gretel given in Brent Krysa’s English language, highly condensed version, originally created for the COC Ensemble Studio School Tour.  It really is condensed.  There’s no chorus and it comes in at just over the hour mark.  The main plot elements are retained but I think quite a bit of the darkness, and most of the religiosity, are gone, though the latter isn’t eliminated entirely.  After all, the Evening Prayer and the final chorus are musical highlights and pretty much have to be there.  It doesn’t leave any room for the director to explore ideas like child abuse or addiction and pretty much forces, for better or worse, a straightforward emphasis on the basic story. 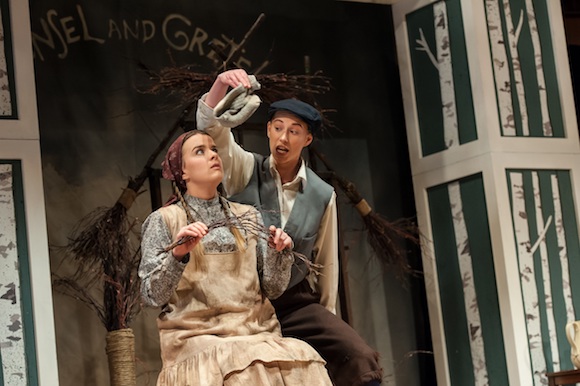