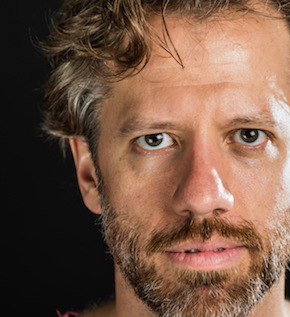 I sat down a couple of days ago with Joel Ivany to discuss his upcoming production of Mozart’s Die Zauberflöte at the Royal Conservatory.  Here are some of the things we talked about.

This opera has had whole books written about it but no-one seems to agree on what’s at the core of it.  Is it a simple fairy tale?  Is it an allegory of Reason versus The Church?  Is it a Coming of Age story?  Unsurprisingly we didn’t come to firm conclusions here but it’s clear that Joel wants to particularly explore some of the aspects of gender raised by the piece; especially the apparent misogyny of the piece.  There’s potentially more to Pamina than being the bait to trap Tamino or, alternatively, his completion.  What is her roles in the Trials?  What happens to either of them if they fail?  If Tamino needs to be “completed” what are we to make of the unpartnered Sarastro?  But, if Pamina has strength what kind of agency does she have?  The other female character are equally problematic.  How does one humanize the Queen of the Night?  Who, or what, is Papagena?  Neither of us think there are easy answers here and I’m looking forward to seeing how Joel’s take pans out.  What we could agree on is that even if the simple equation of male = good/rational and female = irrational/disposable worked in 1791 (if, indeed, it did), it won’t work in 2019.

There are other issues of course.  Who is Sarastro?  Why did Pamina’s father bequeath his power to him?  Then there’s Monostatos.  What to do with that hot potato?  Joel’s answer here is explicit.  The racial element goes.  He will be sung by a white singer and the text changed to eliminate references to “blackness”.

How does one do Die Zauberflöte with the RCM’s resources in Koerner Hall?

Die Zauberflöte requires a big cast and, normally, a large men’s chorus.  The RCM opera programme is not huge and it’s particularly light on men.  Koerner Hall is not an opera house.  There’s no proscenium and no fly loft and rather limited lighting resources.  Some of the resource issues can be overcome by using standard RCM ploys; using graduates in some roles, using Reebanks fellows etc.  The chorus is trickier.  The solution here is to go with an idea that Joel used in Against the Grain’s Orphée; a prerecorded chorus, at least in part.

Given the limitations of Koerner, Joel has gone for a fairly static, “Masonic”, aesthetic and elements of meta-theatricality.  If one can’t hide the gear perhaps one makes it part of the show?  H’s also seeing how far he can stretch the lighting resources and doing his own lighting design for the first time.

So, in summary, many more questions than answers at this point so I (and perhaps the reader) will just have to go see the finished product.

Mozart’s Die Zauberflöte will be presented by the Glenn Gould School at the RCM in Koerner Hall on March 20th and 22nd at 7.30 pm.  The full cast and crew listing is here.