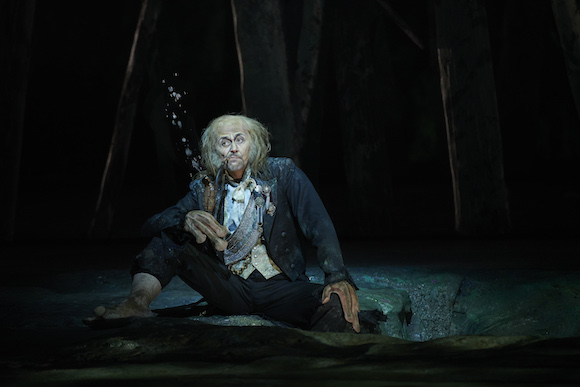 END_OF_DOCUMENT_TOKEN_TO_BE_REPLACED

Last night the COC began its run of Götterdämmerung, the last and longest opera in Wagner’s epic tetralogy at The Four Seasons Centre.  It’s very different from Die Walküre and Siegfried.  The visual elements that tied them together; tottering Valhalla, disintegrating world ash, gantries, dancers, heaps of corpses are mostly gone.  In Tim Albery’s production the visuals are spare almost to abstraction.  The Gibichung Hall is a CEO suite with computer monitors and red couches, both Brünnhilde’s rock and the Rhinemaidens’ hang out look improvised, almost like squatters’ camps.  Costuming, apart from an occasional flashback, as in Waltraute’s scene, is severely modern business; grey suits, black dresses.  Only Siegfried himself in tee shirt and leather jacket stands out from the corporate crowd.  Dancing flames are replaced by red lights.  Everything that can be understated is and the world ends not with an overflowing Rhine and collapsing Valhalla but a stately pas de quatre between Brünnhilde and the Rhinemaidens.