The current Tapestry Briefs show presents work from the 2016 LibLab.  It’s all new and, inevitably, very mixed.  It started very strongly with a scene, The Call of the Light (Imam Habibi/Bobby Theodore) based on the 1984 attack on the Quebec National Assembly.  The combination of an assault rifle carrying camo clad Alex Dobson , the rest of the cast (Jacquie Woodley, Keith Klassen, Erica Iris) writhing on the floor and dissonant extended piano from Michael Shannon was genuinely disturbing.  Having a gun pointed straight at you from a few feet away doesn’t happen often at the opera. 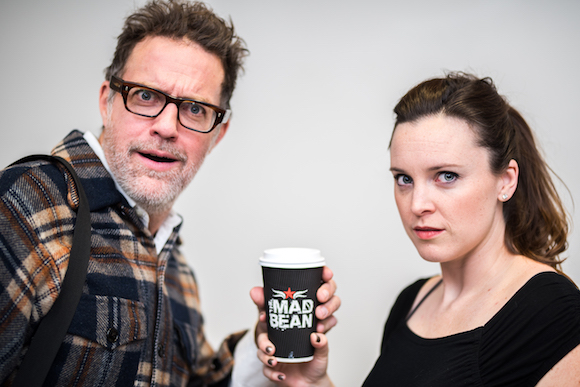