There are over 40 video recordings of Don Giovanni in the catalogue, dating back to 1954, and Thomas Allen sings the title role in quite a few of them.  This one was recorded at La Scala in 1987 and features a very strong cast in a careful, traditional staging.  It’s also pretty decent technical quality for the era.  The director was Giorgio Strehler in a comparatively rare opera outing.  His sets and costumes are of some vague aristocratic past with liveried footmen, big hats and twirling capes.  It’s quite handsome but not in any way revelatory.  Nor is any aspect of the production really.  We are clearly in an aristocratic milieu.  Tom Allen’s Don Giovanni is arrogant and proud with plenty of swagger.  There’s no hint of ambiguity about  Edita Gruberova’s Donna Anna or Ann Murray’s Donna Elvira and Francisco Araiza is a properly dutiful chump of a Don Ottavio.  It’s all quite serious with comic relief only in the most obvious places.  Having said that, there are some very effective scenes; especially the ending which has a an interesting lighting plot and manages not to be anti-climactic. 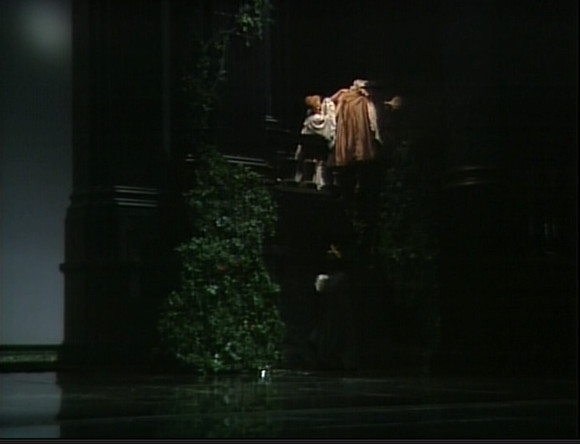