The Metropolitan Opera opened the 1994/5 season with a starrily cast double bill of Puccini’s Il Tabarro and Leoncavallo’s Pagliacci.  Both were conducted by James Levine and filmed by Brian Large. 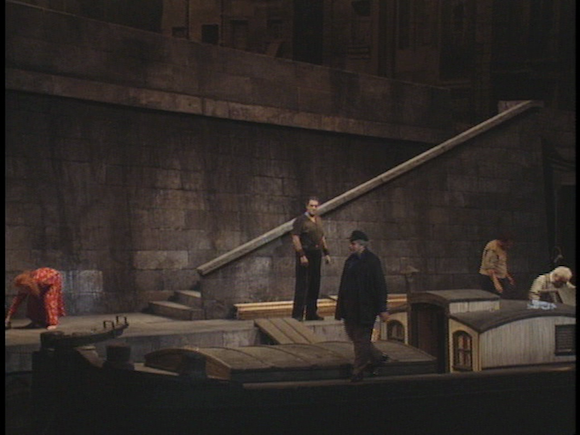 END_OF_DOCUMENT_TOKEN_TO_BE_REPLACED

In 1988 Jean-Pierre Ponnelle made the last of his lip synched opera films; Mozart’s Così fan tutte.  It carries Ponnelle’s trademark “artificiality” even further than in other of his films that I have seen.  The sets, the costumes, the acting and the camera work never let us forget that this is a work of the, in the director’s words, “greatest artificiality”.  It also becomes increasingly clear as the piece progresses that Ponnelle has a very clear idea of what “the opera is about”.  END_OF_DOCUMENT_TOKEN_TO_BE_REPLACED

I took a stroll along King Street this morning to see how well represented, or not, the opera world is on Canada’s Walkway of Fame.  The answer is mostly “or not” but buried among the game show hosts, pop “singers” and hockey goons were these three: 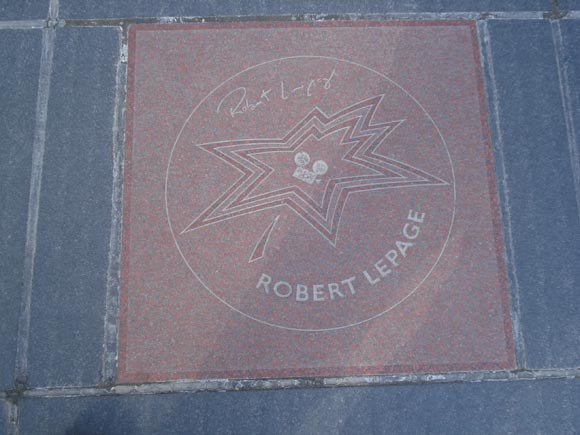 All a bit sad really.

Götz Friedrich’s 1974 film of Strauss’ Salome is a bit of an oddity. It’s a studio film rather than a video recording of a live performance. This allows the casting of singers who might not be able to manage the role in the opera house. In this case, crucially, the light lyric soprano Teresa Stratas sings the title role which she most certainly never did on stage. END_OF_DOCUMENT_TOKEN_TO_BE_REPLACED