The one thing Daniel Taylor did not explain in his introduction to The Coronation of King George II, presented by Toronto Summer Music Festival, last night was how on earth he, and whatever friends and substances were involved, came up with the concept.  It’s not immediately apparent that interweaving some of the music from the 1727 coronation service with snippets from the liturgy while throwing in some earlier music that might have been used in earlier coronations and, to cap it all, Tardising in some Parry and Tavener makes any sense at all but in a weird way it did.  There was even a real priest brought in to play the Archbishop of Canterbury (looking disturbingly like the Bishop of Bath and Wells) and an actor playing the king.  Oddly it made for an hour or so of rather good music mixed with just enough levity to offset the mostly extremely lugubrious text of the liturgy. 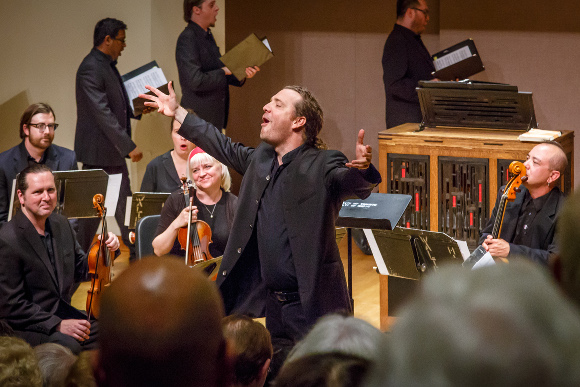