Scarlatti’s Griselda is based on a story from the Decameron.  Gualtiero, king of Sicily, has married Griselda, a shepherdess.  The people are upset that the king has married beneath him and are getting stroppy.  Gualtiero sets out to prove Griselda a worthy consort by testing her constancy.  He repudiates Griselda and sends her back to shepherding while arranging to marry an Apulian princess Constanza, who both he and Corrado, duke of Apulia, know to be his daughter by Griselda.  It’s complicated by one Ottone who is infatuated by Griselda and Roberto, son of Corrado, who is in love with Costanza, who returns his feelings.  Griselda is put through various humiliating trials in which she repeatedly shows her devotion to Gualtiero.  Eventually the people recognise her virtue and all is restored.  One notable thing, unlike his predecessor Cavalli, Scarlatti doesn’t inject any incongruous or comic passages into the opera.  It’s all deadpan serious. 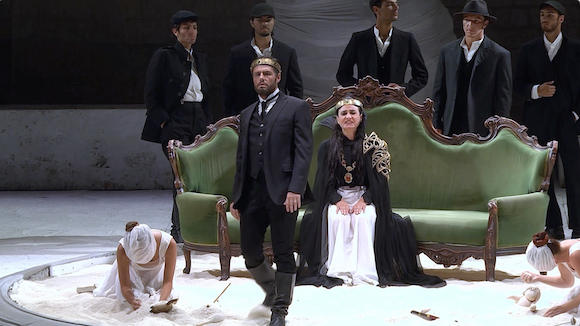 END_OF_DOCUMENT_TOKEN_TO_BE_REPLACED

There are only two video recordings of Giodarno’s Fedora in the catalogue.  There’s a classic 1996 recording from the Met and, now, a 2015 production from the Teatro Carlo Fenice in Genoa.  The Genoa version, directed by Rosetta Cucchi, attempts to inject some serious ideas into the piece, which the Met production most certainly does not.  Whether this is a good idea is questionable for Fedora, even though it contains some good numbers and some great melodies is, dramatically, about as clichéd as it gets.  Cucchi attacks this problem in two ways.  First, an old version of Loris Ipanov is on stage throughout observing the action and dies at the end.  I’m not sure what this adds.  Second, at various points a mime/ballet sequence is staged behind the main stage area.  This seems like an attempt to link the narrative specifically to WW1 and the death of the Romanovs which seems odd as the ending makes no sense in a post-revolutionary context.  So, I’m not sure the idea is sound and I’m not sure the piece would carry the freight even if it were.  The rather quirky video direction by Matteo Ricchetti doesn’t help either as it’s often hard to figure out what is going on in total. 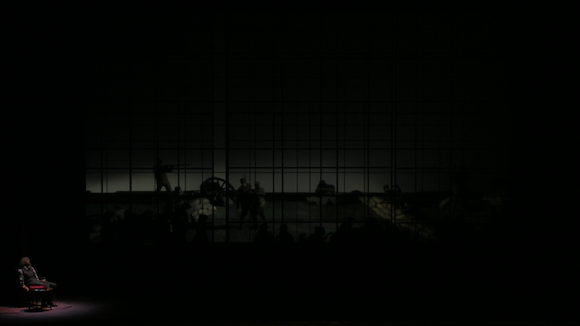