Last night saw the culminating concert of the IRCPA’s Encounter program.  It wasn’t exactly a competition as the winner of the Career Blueprint Award had already been decided but not announced.  Still, it had the air of a competition with ten singers each offering an aria accompanied by the ubiquitous Rachel Andrist.  It was also being broadcast live on 96.3FM so we got the full on Zoomerplex treatment which is not far short of having flashing signs that say “Applaud Now!!”  It’s the price one pays for getting young singers media exposure I guess. 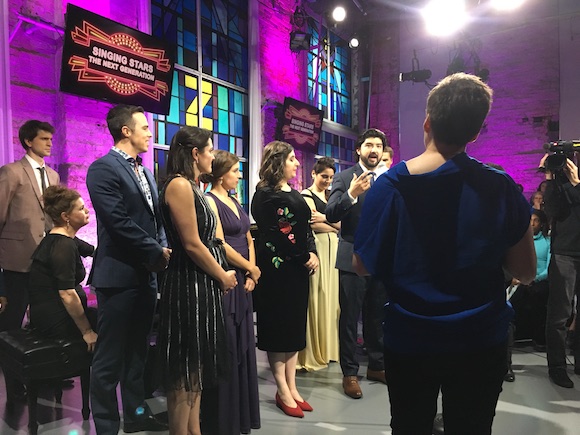 Best shot I could get. Most of the singers are visible.

END_OF_DOCUMENT_TOKEN_TO_BE_REPLACED

Today’s noon recitalists in the RBA were Andrew Haji and Liz Upchurch.  We had been promised Britten’s Serenade but an absence of non-knackered horn players due to the COC’s Götterdämmerung run scuppered that and instead we got a very varied program of songs and arias on the theme of love and its travails.  Four Brahms songs kicked things off and produced some very fine lieder singing.  Beautiful throughout with fine phrasing, characterisation and diction there was more.  The final “wonnewoll” of Wie bist du, meine Königin was a thing of floaty beauty and there was a real sense of ecstasy in Mein Liebe ist grün. 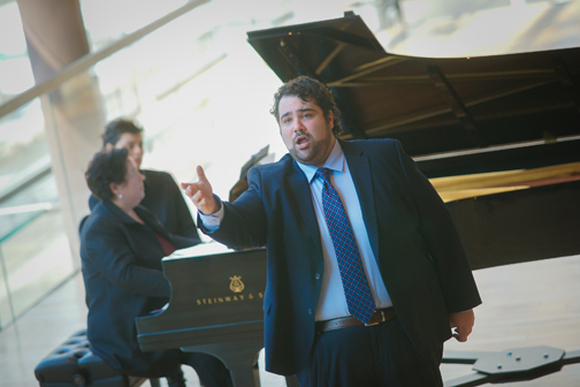