Krystyna Zywulska was a Polish resistance fighter who was captured and sent to Auschwitz.  She took to writing lyrics and setting them to an eclectic mix of tunes as a way of coping with the horror of the camp.  Somehow this was pleasing to the powers that be and she found herself with a relatively soft job processing the possessions of arriving prisoners.  She survived to write a number of memoirs about her experience.  The story is oddly similar to that of Zofia Posmysz, who inspired Weinberg’s The Passenger.  This time the opera is Another Sunrise; a collaboration of Gene Scheer and Jake Heggie commissioned by Music of Remembrance and premiered in 2012.  There’s a companion piece by the same team; Farewell Auschwitz, which sets some of the Zywulska texts, in translation and reworking by Scheer, to a wide range of the kinds of music that Zywulska used.  Last night both pieces got their Canadian premiers in a production by Electric Bond Ensemble at Beth Tzedec directed by Aaron Willis. 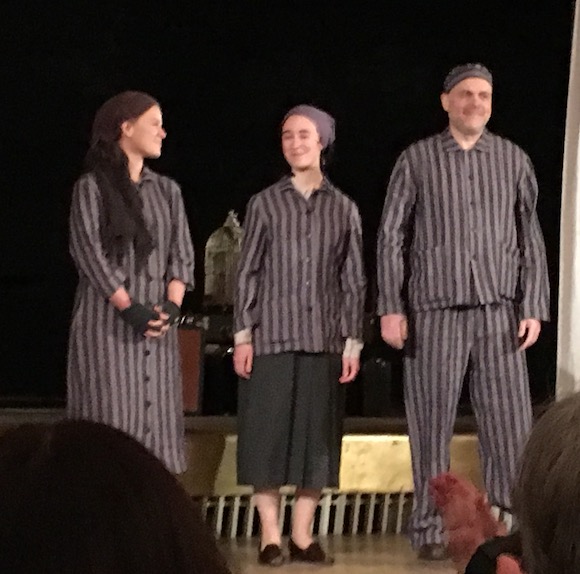