Calixto Bieito has a reputation as one of opera’s “bad boys” but there is nothing particularly shocking about his production of Carmen filmed at Barcelona’s Liceu in 2011.  The action is updated to maybe the 1970s (there’s a phone box and a camera that uses film) and there are lots of cars on stage.  For Bieito, this is a story of people living on the margins where sex is a commodity that women use as a trade currency and where violence, especially toward women, is endemic. It’s enough to disturb, as this piece did its original audience, without being gratuitous. 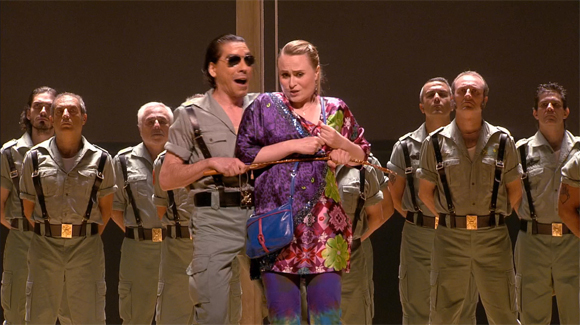 END_OF_DOCUMENT_TOKEN_TO_BE_REPLACED

Wagner’s Tannhäuser is the earliest of the canonical works.  In some ways it’s very Wagnerian.  It has screwed up theology with a heavy dose of misogyny and some recognisably Wagnerian music.  On the other hand it is structured more like a French grand opera and some of the music definitely has more than a hint of Meyerbeer to it.The basic plot is that of the hero seduced into sin by the pagan love goddess Venus and then redeemed by the love (and death) of the chaste virgin Elisabeth.

END_OF_DOCUMENT_TOKEN_TO_BE_REPLACED

Robert Carsen’s production of Offenbach’s Les Contes d’Hoffmann does a very decent job of presenting this rather muddled and overly long piece.  He sets it in and around a production of Don Giovanni in which Hoffmann’s current infatuation, Stella, is singing Donna Anna.  There are several quite clever DG references scattered around.  By and large it works and is one of the better “theatre in theatre” treatments that I’ve seen. 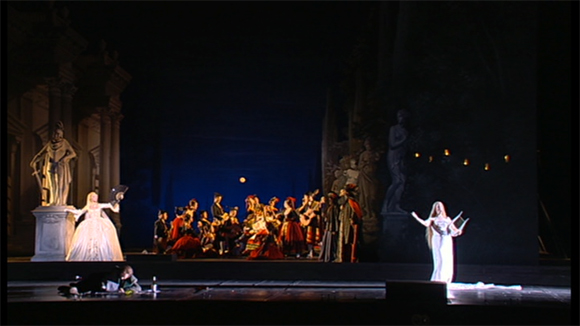