Daniele Abbado’s production of Verdi’s Nabucco, recorded at Covent Garden in 2013 was the vehicle for Placido Domingo taking on yet another Verdi baritone role.  It’s set in the 1940’s because, Jews.  At least it’s costumed that way because nothing else about the production has any kind of sense of time or place.  It’s virtually monochrome and quite abstract.  The Temple is represented by a set of upright rectangular blocks which are toppled at the appropriate moment.  The idol of Baal is a sort of wire frame that comes apart rather undramatically and so on.  There’s also nothing in the direction to suggest any kind of concept.  It’s quite straightforward with rather a lot of “park and bark”.  There’s some use of video projections behind and above the action but it’s rather hard to figure them out on video as they tend to appear in shot rather fleetingly. 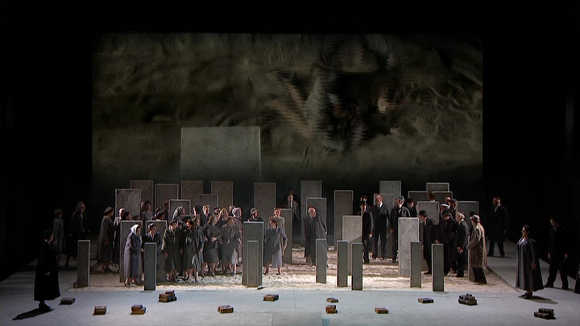 END_OF_DOCUMENT_TOKEN_TO_BE_REPLACED

Jonas Kaufmann made a double role debut as Turiddu and Canio in the classic verismo double bill of Mascagni’s Cavalleria Rusticana and Leoncavallo’s Pagliacci at the Salzburg Easter Festival in 2015,  The productions were directed by Philipp Stölzl and Christian Thielemann conducted with the Staatskapelle Dresden in the pit. 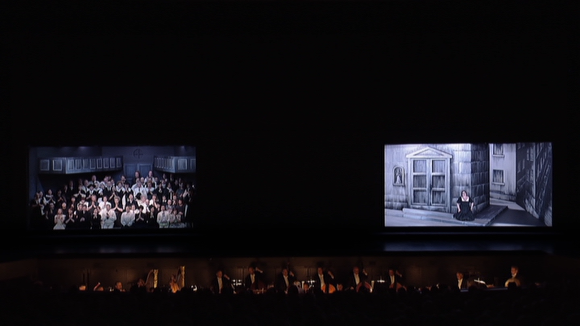 END_OF_DOCUMENT_TOKEN_TO_BE_REPLACED

Verdi’s Macbeth is one of those early works where he seems to be trying to grow out of bel canto but not quite making it.  There is some splendidly dramatic music and some that just seems completely incongruous given the subject matter.  The witches’ chorus at the beginning of Act 3 is a case in point.  That said Phyllida Lloyd’s production for the Royal Opera House takes the piece seriously and does a pretty good job of presenting the drama in a straightforward but visually attractive way. 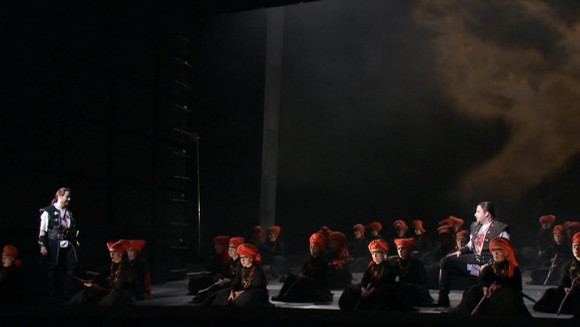