Krzysztof Warlikowski’s production of Berg’s Lulu (it’s the three act version with the Cerha completion) recorded at Brussel’s La Monnaie in 2012 is so stuffed full of symbolism it’s really hard to fully unpack.  There’s a sense that Lulu represents Everywoman, for some rather twisted definition of “woman”.  She’s Lilith.  She’s Pandora.  She’s the Black Swan and the White Swan.  She’s lost or corrupted childhood and she’s love gone wrong.  Maybe she’s even the phantom of Berg’s estranged daughter.  All these symbols recur again and again in various combinations.  In fact, on DVD, it’s pretty much impossible to keep track of them. 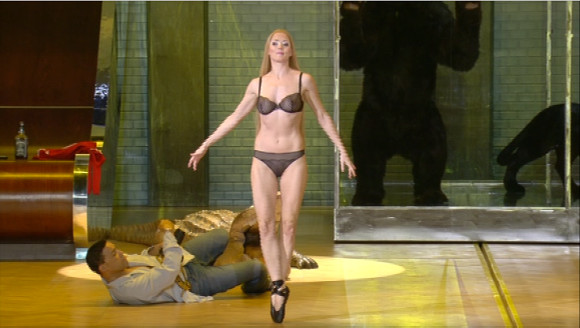