It’s a curious thing how some works get over recorded and others are almost entirely neglected.  For example, there’s only one video recording of Weill’s Die Dreigroschenoper and that a 1931 film that omits huge chunks of the stage work.  It’s inspiration fares little better.  There’s only one video recording of The Beggar’s Opera by Johann Pepusch and John Gay.  It’s a 1963 BBC TV production of Benjamin Britten’s reworking of the piece for the English Opera Group based on a stage production by Colin Graham. [ETA: There are actually two other versions; a 1953 movie version with Lawrence Olivier and a 1980s version with Roger Daltrey and John Eliot Gardiner]. 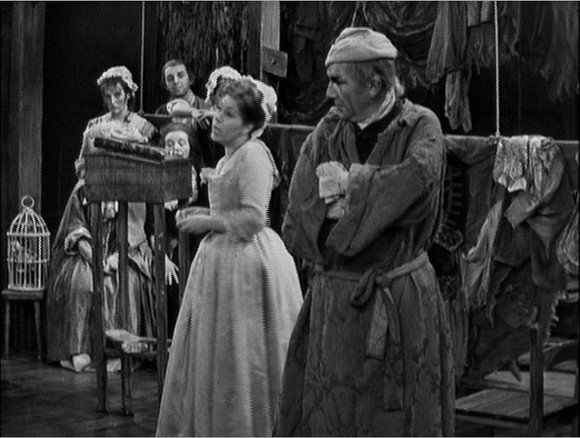