Songs From the House of Death is a new song cycle for mezzo-soprano and orchestra by Ian Cusson.  It was premiered in April by Krisztina Szabó and the Vancouver Symphony Orchestra.  It’s a setting of three texts from Joy Harjo‘s How We Became Human.  Ian has a knack of finding really strong texts by Indigenous poets and these are no exception.  The longest (13 minutes of the 23 minute work) is “Songs From the House of Death; Or How to Make it Through the End of a Relationship”. This is an evocation of death and impermanence and memory.  The setting is very varied.  The opening pizzicato strings are barely audible but it rapidly builds to blend densely orchestrated (it’s a big orchestra) and very high energy music with much gentler and more lyrical passages; sometimes using the concert master as a soloist.  This fits the changing moods of the text and, as I’ve come to expect with Ian, the music is always rooted in the text. 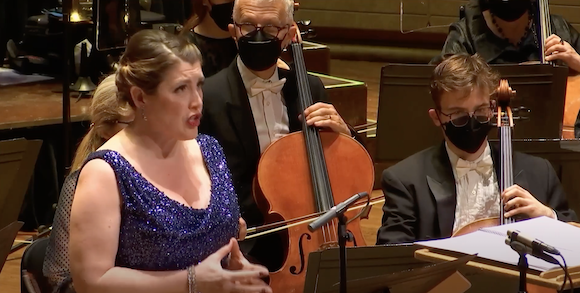