Olivier Py’s production of Wagner’s Der fliegende Holländer, filmed at the Theater an der Wien in 2015, is quite unusual.  Usually opera productions either play the story more or less straight or work with a concept of the director’s that is not obviously contained in the libretto.  Py doesn’t rally do either of these.  What he does is present the narrative as Wagner wrote it but with visuals that act as a sort of commentary on, rather than a literal depiction of, the action being described.  One of the things this does is make the viewer realise just how much Wagner is describing!  There is much more tell than show. 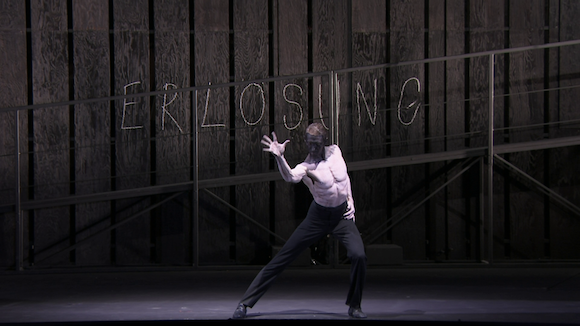