It’s that time of year when one goes back over one’s writing in search of the standouts.  Somewhat segmented, here are my thoughts on the year. 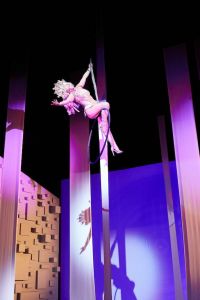 At the COC nothing really blew me away in 2018.  Rufus Wainwright’s Hadrian was better than I had feared and, I think, with revisions could be rather good.  In the form we saw it, it felt somewhat overblown and didactic.  It was also great to see Robert Carsen’s Eugene Onegin finally get an airing in Toronto; especially with a very good, young, largely Canadian cast.  Nothing from Opera Atelier really floated my boat this year though.  Are Against the Grain or Tapestry major companies now?  One could argue that they are sailing under false colours in describing themselves as “Indy”.  In any event they each provided one of the year’s highlights with the spectacular Orphée from the former and the best new work of the year; The Overcoat, from the latter. END_OF_DOCUMENT_TOKEN_TO_BE_REPLACED