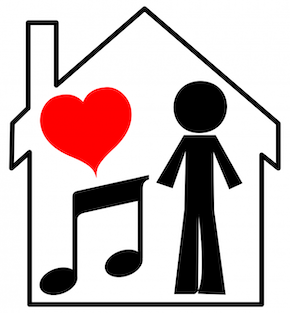 Ontario’s state of emergency seems to have slowed the production of on-line content to a trickle.  The only new things I’ve seen recently are from the ever reliable Opera Revue and Alexander Hajek.

Opera Revue’s eighth isolation production features five pieces from Frank Horvat’s Music for Self Isolation; a set of thirty one short pieces for one or two musicians written last spring.  The concert features the five pieces with a vocal part.  I have to say I liked the texts; taken from various sources, more than the music.  The music is sort of “singer sonwriterish”; simple, tonal, melodic, a bit repetitive.  It’s fine of its type but it’s not my bag.  Performances by various combos of sopranos Emily Ding and Dani Friesen, pianist Claire Harris and guitarist Michael McKenzie are very nice though and the recording; despite being done via Zoom, is perfectly acceptable.  The music may not be entirely my thing but I’m delighted that someone is doing projects like this.  You can find it on Opera Revue’s channel on Youtube.

Alex Hajek’s contribution is another intriguing Toronto based film this time featuring Der Doppelgänger from Scubert’s Schwanengesang.  It’s beautiful to look at and beautiful to listen to and, again, featurers Claire Harris on piano as well as Alex’ lovely baritone.  This one’s on Youtube too.  The channel is Alexander Hajek.