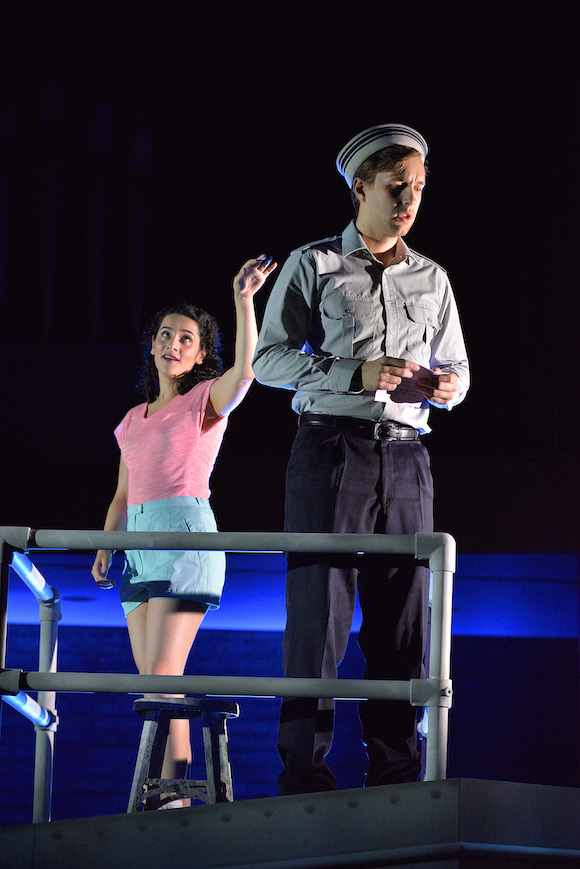 The music is really very good.  It’s scored for a ten ensemble and the instrumental music is fairly tonal with elements of minimalism.  The repeated figures serve to help build the sense of tension.  The vocal writing is not flashy except when Diana is doing her “siren” bit when she gets some fairly ethereal high lines.  It’s a story telling opera rather than a vocal showcase. 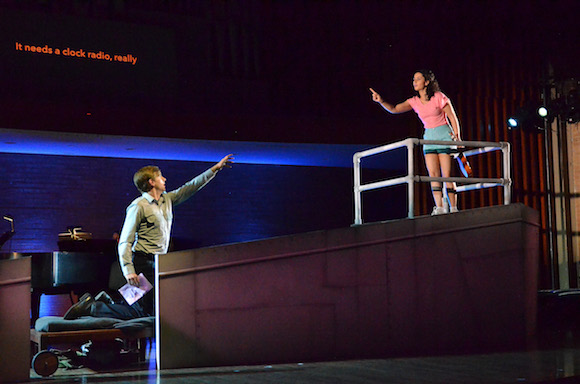 Sarah Jane Pelzer’s production at the Glenn Gould School is highly effective.  She uses a simple set that can be rapidly reconfigured, with the aid of two sunbeds, to be anything from the bridge of the Ark Royal to the Raffles Hotel in Singapore.  Given that she’s really only got half the Mazzoleni Hall stage to work with (the other half occupied by the band) it’s quite clever.  The pacing is keen and the whole thing flows unfussily but effectively. 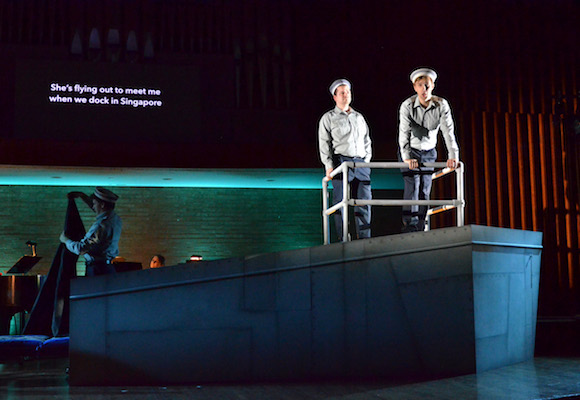 At the heart of the piece is tenor Michael Dodge as Davey.  He’s on stage pretty much all the time and does a really nice job of conveying the varying degrees of hope and despair the character goes through.  Noah Grove is an effective foil as Jonathan and is quite remarkably oleaginous.  Thera Barclay’s Diana was suitably ambiguous; sometimes the girl next door, sometimes the elusive seductress and sometimes outright raunchy.  She found suitable vocal colours for each mood.  Benjamin Loyst as the Captain, Tyler Cervini as the MOD policeman and Christopher Miller as the Wireless operator rounded out the cast.  Peter Tiefenbach directed the band which handled the music with some style.  All in all, it was a most enjoyable 70 minutes or so. 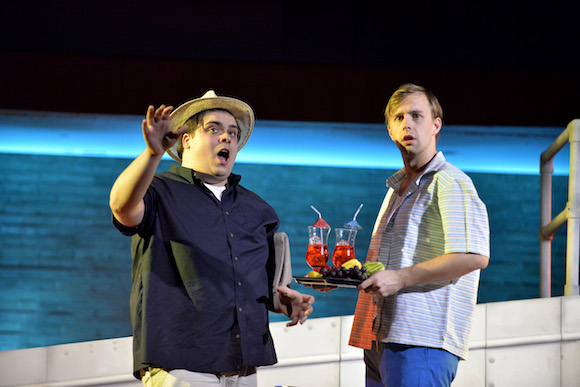 Final thoughts… Siren Song is probably the kind of work that embodies the future of opera (or at least a large part of it).  It uses six singers and a ten piece band and can be done with a simple set without elaborate stage machinery.  It’s the length of a movie.  The music is accessible without being trite.  It’s fairly cheap to do and you could stage it in a community theatre anywhere.  It’s reminiscent of the works Britten composed for ETO after WW2 in those respects. 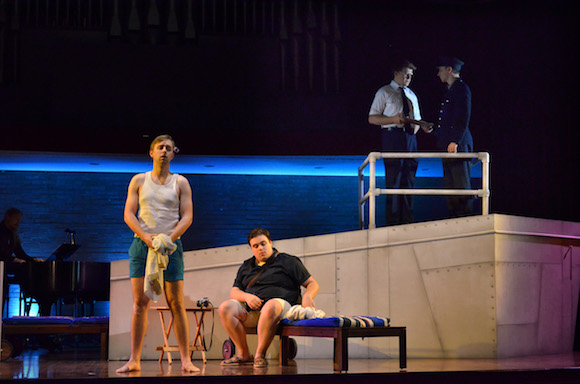