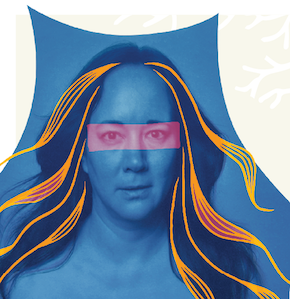 It’s September and the long, slow awakening after the annual aestivation begins.  There’s not a lot on yet but what there is is interesting.  The middle of the month sees Native Earth’s production of I Call myself Princess at the Aki Studio; previews from 9th to 12th September with official opening on the 13th and then shows until the end of the month.  My interview with playwright Jani Lauzon is here.  Also opening on the 13th is Tapestry Briefs at the Ernest Balmer Studio.  Hear the product of the LibLab, hear Stephanie Tritchew, Teiya Kasahara, Peter McGillivray and Keith Klassen and eat tapas.  It runs until the 16th.

On the 15th at 2pm there is a concert in aid of suicide prevention called Mysterious Barricades at Walter Hall.  It feature various luminaries of the Toronto music scene including Russell Braun, Nathalie Paulin and Marie Bédard.  It’s part of a series of thirteen concerts across the country that day; all of which will be live streamed.  It’s free but ticketed.  Tickets at eventbrite.ca. 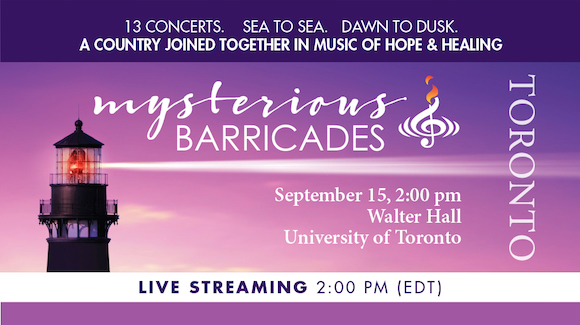 Finally, squeaking in on the 30th is the opening night of the COC’s season.  The season opener is Tchaikovsky’s Eugene Onegin in the Robert Carsen production.  This is the one that was recorded with Horovstovsky and Fleming at the Met before they inexplicably binned the production allowing the COC to pick it up cheaply some years ago.  Finally it’s getting an airing with the man himself directing.  It’s a great cast with Gordon Bintner on role debut in the title role and Joyce El-Khoury as Tatyana.