Respighi’s La campana sommersa is interesting in that it’s one of comparatively few post-Puccini Italian operas to get some sort of traction.  It premiered in Hamburg in 1927 and saw quite a few productions between then and 1939 including one at the Met in 1929.  Then it pretty much descended into obscurity before being revived in 2016 by a co-pro between Teatro Lirico di Cagliari (where the recording reviewed here was made) and the revived (more or less) NYCO (which used the Cagliari orchestra and chorus but American soloists).  It’s based on a symbolist poem by German poet Gerhart Hauptmann and concerns a bell; which has been hoofed into a lake by fauns, a master bell maker who thinks he is the pagan god Balder, a water sprite, Rautendelein, and assorted mortals, elves, witches, fauns and so on.  As with all these works no-one lives happily ever after. 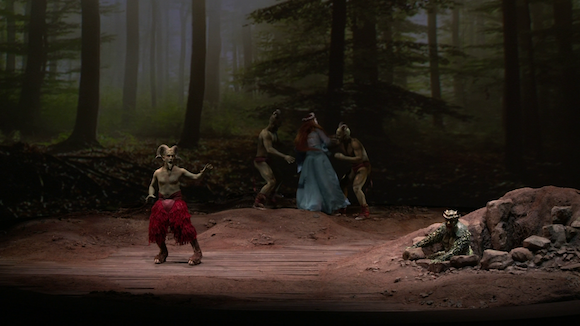 Musically it’s quite interesting.  The orchestral writing is pretty decent with shades of Debussy and Janáček and more than a hint of Stravinsky in the orchestration.  The vocal line though seems to descend directly from Puccini and, although it’s well crafted, there are no big numbers and the overall effect is a bit mind numbing.  It’s probably not helped in the Cagliari recording by a cast that’s workmanlike rather than A list. 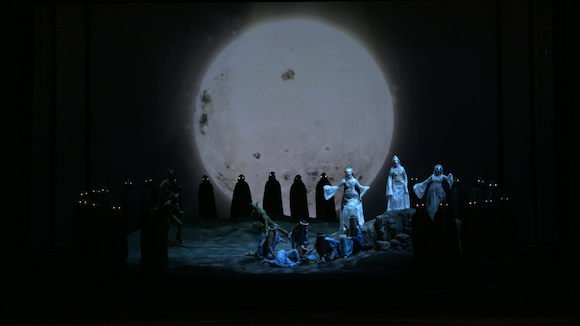 The production, by Pier Francesco Maestrini, is decidedly retro but for the welcome addition of some video projections. It looks like Rusalka at the Met c.1950. (I gather from The New Yorker that is NYCO’s preferred aesthetic).  It’s not helped by acting that might also have come from the Met c.1950.  The singing is decent though I found Valentina Farcas’ Rautendelein rather monochromatic and I rather suspect the work needs more nuance than that.  Angelo Villari as the deluded bell maker is rather good and Thomas Gazheli as the frog creature Ondino is quite amusing.  The rest is perfectly workmanlike but nobetter than one would expect from a regional Italian house.  The orchestra sounds rather good though and conductor Donato Renzetti makes a reasonably convincing case for the score. 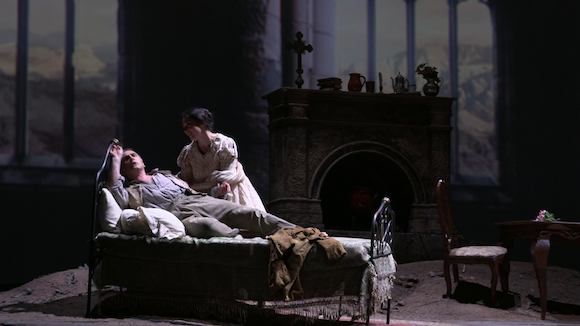 Video direction, by Tiziano Mancini, is unfussy and the picture is just fine.  Apparently it was recorded in 4k but it’s presented in Blu-ray standard 1080i on the disk.  I didn’t notice it being better than average but then I’m not watching on the latest technology either.  The DTS-HD-MA sound is also excellent (as ever, PCM 2.0 is an option).  There are no extras on the disk.  The booklet contains some useful essay material plus a track listing and cast bios but there is no synopsis which is a bit odd for such an obscure piece. Subtitle options are English, French, German, Italian, Korean and Japanese. I wonder how this work might fare with a starrier cast and a bolder production but I’m not holding my breath for one to come along.  So I’d have to say that this disk is really one for the collector with a strong interest in 20th century Italian rep. 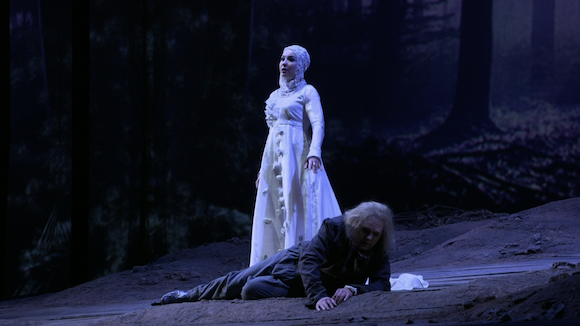