I’ve tried several times in the past to watch the DVD recording of Mark-Anthony Turnage’s Anna Nicole and never made it past the second scene, which is revolting and, I still think, rather patronising.  This time though I made it all the way through and I think, taken as a whole, this is a pretty impressive piece with a clever libretto and some real musical depth.  It’s also, in the true and technical sense, a tragedy, and a very operatic one at that. 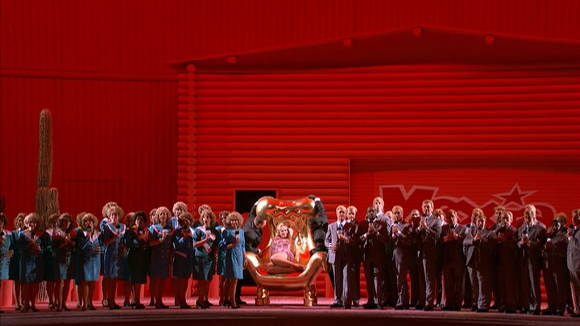 There are obvious dangers in the Royal Opera House commissioning a British composer, a British librettist and a British director to write an opera about a vacuous American celebrity with an eating disorder. After all, why not pick an equally vacuous British celebrity with an eating disorder; say Princess Diana?  The danger, of course, is that the work will appear to be superior Brits sneering at low life Americans; Texans even.  Thankfully, mostly that doesn’t happen though scene 2, set in Mexia TX, gets perilously close.  The creators of the opera; composer Turnage, librettist Richard Thomas, conductor Antonio Pappano and director Richard Jones seem determined to take their subject seriously and explore not just this one individual but the whole phenomenon of “being famous for being famous” and the pitfalls thereof.  The piece is sung in “Texan” too.  I’ve written before about my discomfort with using regional American in multi-nationally cast operas so I won’t reprise that argument here. 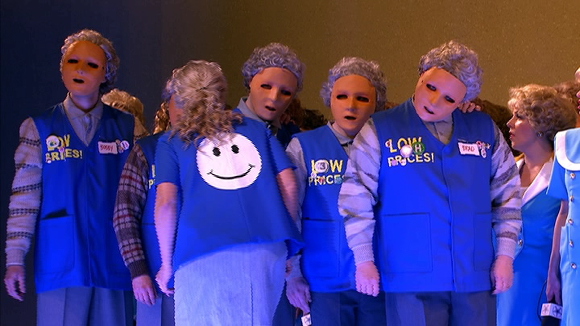 Structurally the opera falls into two parts.  In the first we see the “rise of Anna Nicole” leading up to her marriage to octogenarian billionaire J.Howard Marshall II.  It’s cleverly ambiguous.  After all, there are many versions of the story of “pre-fame” Anna Nicole Smith.  It also lays the groundwork of the tragic elements of the story.  Breast augmentation surgery leads to dependence on pain killers etc.  There’s also an element of whimsy.  Anna Nicole’s dream ranch is a kind of theme park of Disney animals; an idealized version owing more to her confused, and in some ways limited, imagination as to reality. 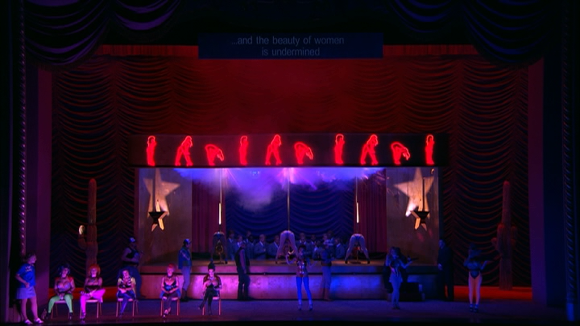 Part 2 is the “public Anna Nicole”.  Ten years of litigation with the family follow the death of her aged husband and Anna Nicole’s every move is scripted for the cameras, ever present on stage, by her Svengali like lover/lawyer Stern.  The disintegration of Anna Nicole and her son under the pressure is palpable and leads to the final death scene, which chillingly echoes the opening of the opera.  There’s a clear tragic arc from beginning to end pulled along by a witty and fast paced libretto which still has time, thankfully, for some opera “numbers”.  The quartet of the “restless, breastless masses” is particularly good. 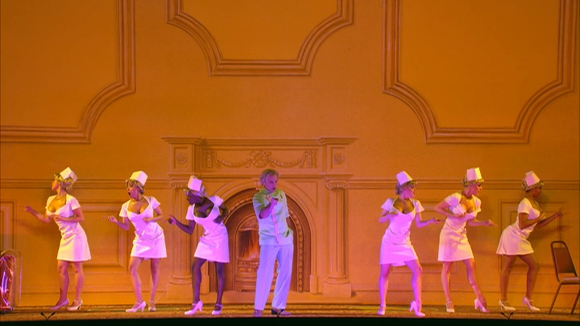 Turnage makes a strong musical case for making this an opera rather than some other kind of music theatre.  He fuses elements of popular music, including a trio of drums, electric guitar and bass, with solidly contemporary art music that definitely needs an orchestra rather than a small pit band and which gets steadily darker in colour as the piece progresses.  It’s a very solid score and Pappano and his orchestra treat it with appropriate seriousness. 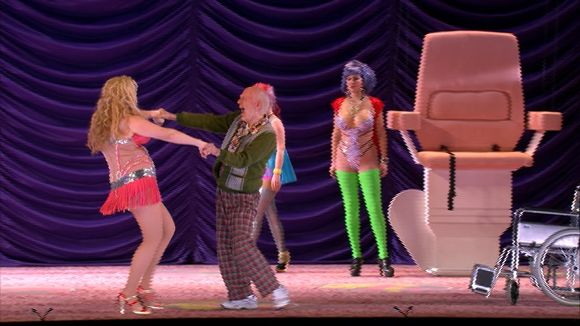 Performances are really rather good.  It’s a huge cast.  I counted thirty three named roles, with some singers doubling up, but four stand out as critical.  There’s the title character, of course, played quite brilliantly by Eva-Maria Westbroek.  It’s actually quite hard to imagine the piece without her so completely does she inhabit the role.  Gerry Finley is Stern and plays a critical role in the the second act as well as making deliberately incongruous entries earlier on.  Alan Oke as the octogenarian Marshall is extremely skilled.  It’s not a big role but it’s crucial and he manages to convey exactly the right amount of “fuck you all”.  There’s also a crucial role for Susan Bickley as Anna Nicole’s mother.  She’s the one character who is never drawn into the “fame bubble” and serves in one sense as the voice of Reason but it’s a slightly ambiguous and sinister one.  She manages the ambiguity well.  There are many effective cameos from the large cast. 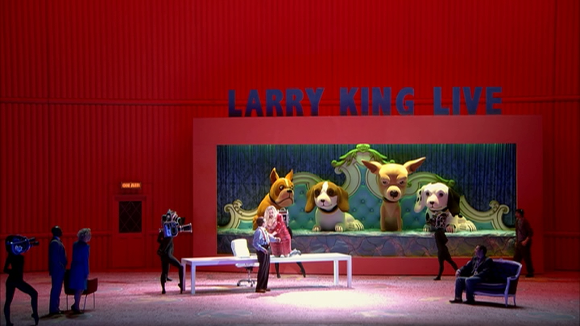 Franceska Kemp’s video direction is unobtrusive and effective.  The picture quality on DVD is fine, helped by mostly bright lighting.  Both DTS and LPCM sound tracks are pretty decent though not quite demonstration quality and sometimes the recording level seems a bit low.  There’s Blu-ray available and I’d go for that if I was buying.  There are ten minutes or so of interviews offered as a bonus and they are quite insightful as is Hugo Shirley’s essay in the booklet.  There’s also a synopsis but no track listing.  Subtitle options are English (scarcely necessary), French, German and Spanish. 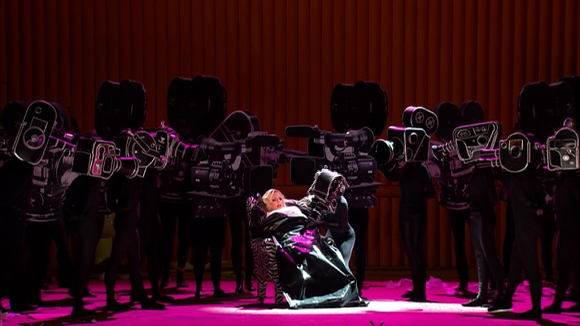 Anna Nicole is unquestionably an effective piece and dramatically and musically more substantial than I expected.  It gets lavish treatment from the ROH and is captured well on disk.  I’m not sure it’s really my thing but I’m glad that I did, finally, make it all the way through.