One rather gets the feeling that the 2016 Glyndebourne production of Rossini’s Il barbiere di Siviglia was built around the lady of the house.  It makes a lot of sense.  There may have been better singers in the role of Rosina but I doubt there has ever been a better mover than Danielle de Niese.  She’s matched move for move, eye candy for eye candy by the guys; Björn Burger as Figaro and Taylor Stayton as Almaviva.  There’s more mature comedy from the always fantastic Alessandro Corbelli as Bartolo and the irrepressible Janis Kelly as Berta.

Annabel Arden’s production is fast paced and decorative.  It’s not really set anywhere or anytime (Arden claims Seville in the 1950s but…)  The sets are attractive, Bürger gets to show off his physique in a sort of T shirt and there are a series of twirly Balenciaga inspired dresses for de Niese.  There’s also a trio of actor dancers who do odd things, especially a sort of nightmare sequence in Act 2 at the point where Rosina thinks Figaro and Lindoro have betrayed her.  It’s also all a bit arch in a British comedy sort of way.  Lots of singing direct to the audience.  Lots of comic opera style synchronised movement.  Plenty of business with the conductor.  It’s fast paced and fun and a bit silly. 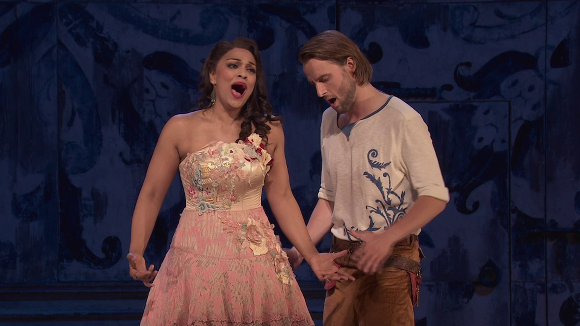 Musically I think it may not be absolutely out of the top drawer but it’s very good.  The main competing recording has Joyce DiDonato and Juan Diego Florez who, I think, are probably the best Rossini singers around, but there’s not much being given away here.  The singers are all very good and Corbelli is superb.  The comic acting is very high standard too.  Certainly better than anything I’ve seen from Florez or DiDonato.  Enrique Mazzola conducts very much in the spirit of the thing.  As he says in the “making of” doco he likes his Rossini al dente and that’s a good description.  The pit orchestra is the LPO and I do wonder why they didn’t use the OAE but there’s nothing at all wrong with the playing.

On Blu-ray the picture and DTS-HD surround sound are impeccable and François Roussillon’s filming is as good as all his Glyndebourne efforts seems to be.  There’s a short “making of” doco as an extra.  The booklet includes an interview with Arden, an essay about Beaumarchais and a synopsis but no track listing.  Subtitles are English, French, German, Japanese and Korean.  The English ones are oddly terse.  I was glad of what little opera Italian I have. 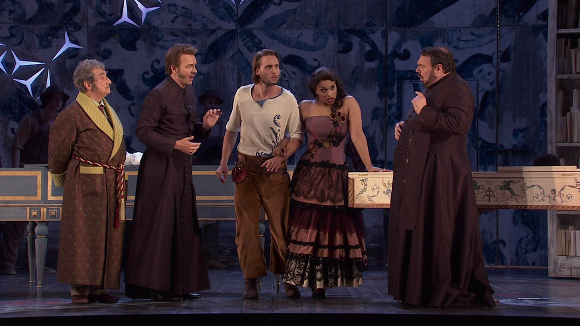 Oddly, there are only a handful of Blu-ray recordings of this work.  Most of the catalogue is of recordings that are bordering on historic.  The main alternative is the Florez/DiDonato ROH recording which I haven’t seen but it’s the one with Joyce in a wheelchair after breaking her leg.  So, whatever its merits it won’t have Danni’s moves!  In any event this Glyndebourne recording is likely to please just about anyone. 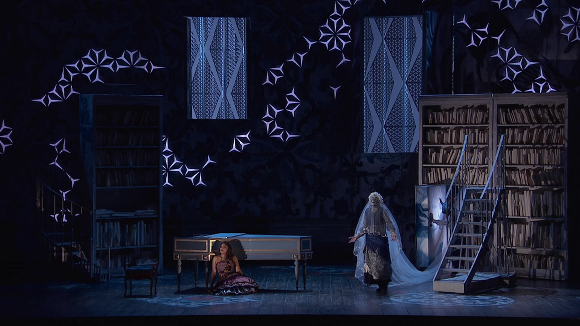 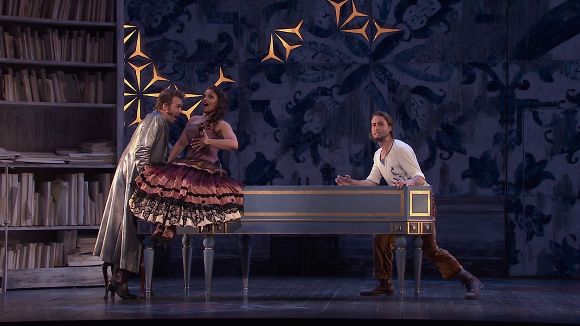