Laurent Pelly’s 2017 production of Rossini’s Il barbiere di Siviglia for the Théatre des Champs Élysée  is classic Pelly.  The sets and costumes are very simple and essentially monochrome.  The sets in fact are constructed from flats painted as music paper.  The black, white and grey costumes are more or less modern and pretty nondescript.  But, in the classic Pelly manner, the action is fast paced and convincing.  There’s lots of synchronised movement and the physical acting and facial expressions are a bit exaggerated.  I toyed with the word “cartoonish” but that’s a bit crude if not entirely inaccurate.  The overall effect is positive.

He’s blessed with a cast that can pull this approach off.  Florian Sempey is dressed like a rather benign member of a motorbike gang and is flat out hilarious.  Michele Angelini as Almaviva is a bit more restrained but he’s sympathetic in his romantic moments and suitably outlandish in the various disguises.  The Rosina is Catherine Trottmann who is new to me.  She’s a tiny bundle of extreme energy who seems to take up far more of the stage than she ought and is incredibly kinetic(1).  Peter Kálmán’s Bartolo is big but not very good at being menacing (by design) so there’s intrinsic comedy in his every interaction with Trottmann because they are so mismatched for size.  The Basilio is Robert Gleadow and he, of course, is a very fine comic actor.  There’s nothing terribly unconventional about the stage movement but it’s carefully thought out and well executed. 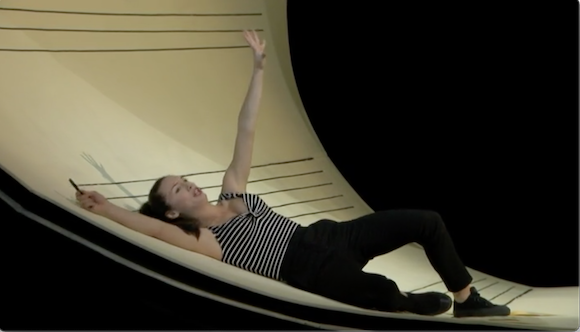 Musically it’s very good.  Sempey has fun with his big numbers, Kálmán booms and Angelini has great top notes and can sing in appropriately silly way in, say, “Pace e gioia”.  Trottmann may not suit everyone.  Although she describes herself as a soprano there’s a distinctly dark mezzoish timbre to the voice.  I like it.  I don’t know whether everyone will.  Her “una voce poco fa” perfectly encapsulates slyness.  Gleadow’s on form and his vocal acting is as funny as his physical antics.  The ensemble singing is excellent.  The orchestra is Le Cercle de l’Harmonie playing on period instruments and under founder and conductor Jérémie Rohrer it sounds great.  This is fine Rossini conducting if not quite as breathtaking as Speranza Sperucci at the COC.  What a shame that wasn’t recorded for video release!  The chorus; Unikanti, is just fine.

This production is compact and mostly brightly lit so it doesn’t present huge challenges for the video director and unsurprisingly François Roussillon does a highly competent job.  For the same reasons it looks fine on DVD though Blu-ray is available.  The audio options are DTS 5.0 and Dolby stereo (which is a weird choice).  The DTS is fine and sounds better than the stereo even on stereo headphones.  There are no extras.  The booklet has an essay, a detailed synopsis and a track listing.  Subtitle options are Italian, French, German, Japanese and Korean.

You would think the catalogue would be full of starry recordings of this piece but it’s really not.  The principal competition is the 2016 Glyndebourne version.  In many ways the two recordings have similar strengths though a very different visual aesthetic.  Most people, I suspect would enjoy either. 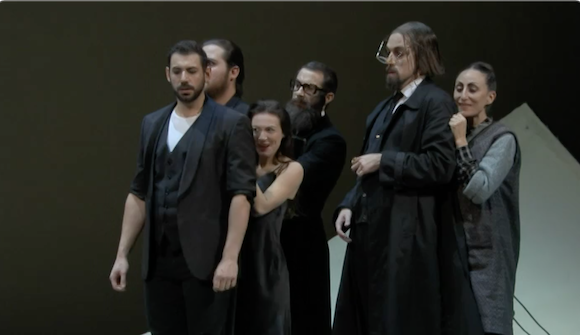 Note 1: In a weird way Trottmann reminds me of Sasha Djihanian.  The voices are very different but each packs enormous energy and presence into a very small frame.