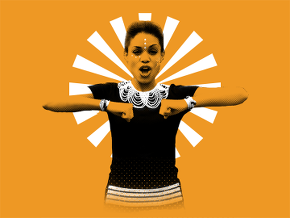 Today at 2.30pm Voicebox:Opera in Concert are performing Bellini’s I Capuleti e i Montecchi.  It’s Bellini’s take on Bandello rather than Shakespeare, not a lot happens and the orchestral music is ho hum so a semistaged version with piano isn’t a bad bet if the singing is good.  Juliet is the up and coming Caitlin Wood.  Romeo, on whom much depends, is Anita Krause.  It’s at the St. Lawrence Centre for the Arts.

Tuesday sees a fund raiser for LooseTEA’s new take on Carmen; currently a work in progress.  Carmen  will be sung by mezzo-soprano Erica Iris with Ryan Harper,Beth Hagerman and Andrey Andreychik also in the cast. Alaina Viau directs with Natasha Fransblow at the piano.  The work will be sung in English. It’s at Club 120 (120 Church Street) and tickets are available at looseteacarmen.eventbrite.ca

Wednesday at 8pm at Koerner Hall Soundstreams presents Music of the Rainbow Nation; an exploration of Canadian and South African cultural identity through song and theatre.  It will include the world premiere of a choral piece by Canadian composer Gabriel Dharmoo, work by South African composers, interpretations of songs by Miriam Makeba, and selections from Kurt Weill’s Lost in the Stars.

The following evening sees the first of four performances of Offenbach’s Orpheus in the Underworld presented by UoT Opera at the MacMillan Theatre.  It’s at 7.30pm (also Friday and Saturday with a Sunday matinée).  Casting hasn’t been announced (usually double cast with two shows for each cast) but notably Russell Braun will be on the podium in his conducting debut.

Saturday sees the opening night of Red Snow Collective’s Comfort which will run until December 10th at the Aki Studio.  This is an experimental theatre piece by Diana Tso rooted in the story of the “comfort women” captured and used by the Japanese army during WW2.  It includes a small instrumental ensemble and soprano Vania Chan performing an original score by Constantine Caravassilis.  Tuesdays to Fridays at 8pm with a Saturday matinée.  Tickets at http://www.nativeearth.ca/boxoffice/