The Glenn Gould School at the Royal Conservatory of Music opened a two performance run of Viardot’s Cendrillon last night at Mazzoleni Hall.  The conceit was that we and the performers were all guests in Mme, Viardot’s salon and to this end we were all given a slip of paper with our character name on it but I promptly lost mine and it wasn’t actually needed for anything,  Cute idea though.  It also allowed for a production that fitted with the acutely limited staging resources of Mazzoleni.  The piece is heavy on dialogue and it was presented in English, in an updated translation that had its moments.  I doubt the Viardot household had ever heard of “organic, non GMO, fair trade” coffee. 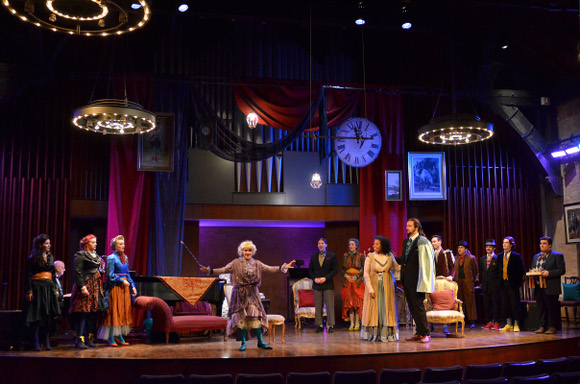 The piece itself is predictable, rather slight, but quite cute.  It’s a very classic take on Cinderella.  There are pumpkins, mice and a glass slipper though the sisters aren’t especially ugly or especially mean.  The music is about what one would expect.  It’s piano score of course; polished but not profound.  Most of the vocal parts sound as if they were written for talented amateurs though the Fairy Godmother gets some coloratura fireworks. 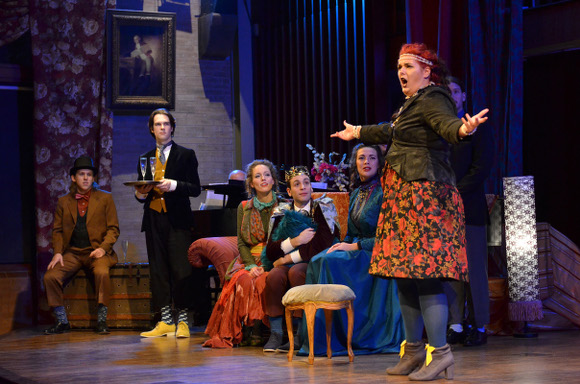 The performances were decent enough.  Jonelle Sills was probably the pick of the bunch as Cendrillon.  She has an interesting voice.  It’s warmer and darker than most young lyrics without being at all dramatic.  I’ve only heard her in small spaces with piano accompaniment but if she has, or develops, the power to sing in a large hall with orchestra it could be quite something.  Patrick Simms played the Prince.  He has a pleasing light tenor that belies his size.  He sounded particularly good in the duets with Sills and tall sopranos the world over will sigh with relief at the prospect of a 6’8″ tenor.  Irina Medvedeva camped it up rather well as La Fée and she made a decent fist of the flashiest aria of the night.  John-Michael Scapin also showed some comedic talent as the Chamberlain.  The piece is structured so that lots of eople get to strut their stuff once and the largish cast duly did with competence.  Peter Tiefenbach was the on stage pianist and accompanied with his usual competence.

I think Joel Ivany and his team got about as much out of the piece as there was to be got and it provided a welcome early look at this year’s class at the GGS.  That said it’s a cute piece of fluff not a dramatic masterpiece!  There’s one more chance to catch it tonight at 7.30pm. 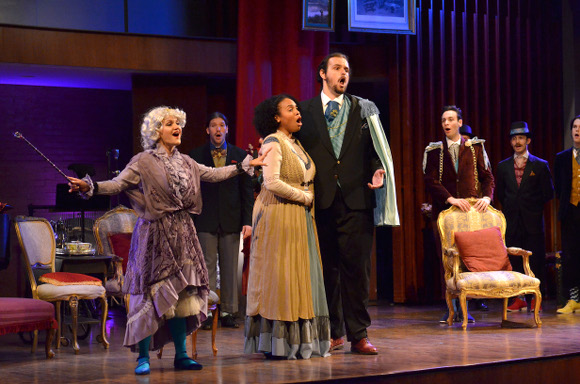 Photos by Nicola Betts courtesy of the Royal Conservatory of Music.

1 thought on “Cendrillon in Viardot’s salon”