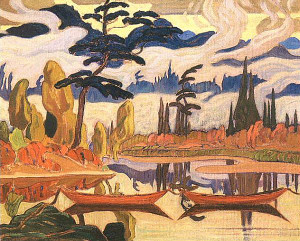 A few notable events this coming fall week.  Tuesday sees the COC’s annual gala competition for young singers, Centre Stage.  Prizes and possible places in the Ensemble Studio for next year are up for grabs.  The public part of the event starts at 5.30pm at The Four Seasons Centre with a cocktail reception followed by the final round of the competition.  Unusually this competition feature the full COC orchestra, not just piano.

Thursday through Saturday at 7.30pm and Sunday at 2.30pm UoT Opera are performing Menotti’s The Medium and The Telephone.  As usual there will be two casts.  It’s at the Macmillan Theatre.

Saturday sees a concert in the Canadian Art Song Project recital series.  It’s called The Living Spectacle and takes place at The Extension Room at 7.30pm.  It will include a new cycle by Erik Ross (The Living Spectacle) along with works by Brian Harman (Sewing the Earthworm), Richard Strauss and Libby Larsen. Artists featured are sopranos Ambur Braid and Carla Huhtanen, pianist Steven Philcox and dancer Jennifer Nichols.

Next week is also the final week of the COC’s fall season with the last chances to see La Traviata and Pyramus and Thisbe.