Verdi’s Il Trovatore really is a peculiar piece.  It’s a bit of a musical hybrid with huge, rousing choruses interspersed with bel canto arias which I suppose is fairly typical of middle period Verdi.  It has a truly silly plot (perhaps based on Blackadder’s lost novel) with gypsies, dead babies and  improbable coincidences galore.  It’s also notoriously hard to cast with five very demanding roles combining a need for flawless bel canto technique with lots of power.  David McVicar’s production at the Metropolitan Opera was broadcast in HD in April 2011 and subsequently released on Blu-ray and DVD.  I saw the HD broadcast and enjoyed it enough to buy the Blu-ray. 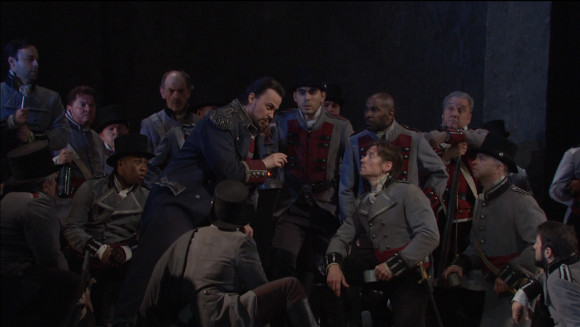 The singing is really good.  The quintet of soloists; Sondra Radvanovsky (Leonora), Marcelo Alvarez (Manrico), Dmitri Hvorostovsky (Conte di Luna), Dolora Zajick (Azucena) and Stefan Kocán (Ferrando) are all idiomatic and powerful singers.  There are some really good singer moments e.g. Radvanovsky’s cavatina in the second scene.  Hvorostovsky is elegant throughout and Alvarez has the kind of old fashioned Italian tenor that will surely please the traditionalists.  Zajick is elementally powerful and Kocán makes the most of a part that often gets a bit short cahanged.  They can all act too though Alvarez is rather given to stock gestures thaat, coupled with his very traditional voice, make his performance seem a little old fashioned.  The Met chorus and orchestra are terrific and Marco Armiliato seems like an ideal conductor for a piece like this. 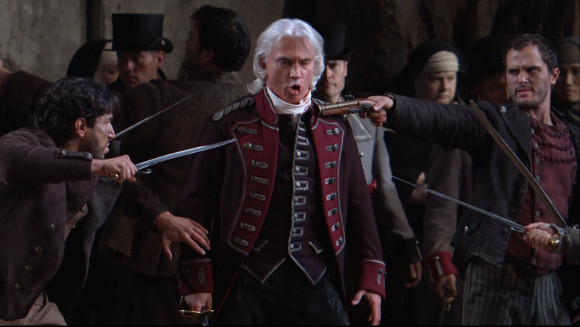 Video direction is by Barbara Willlis-Sweete and is pretty standard MetHD.  The big crowd scenes in particular are undermined by excessive close ups and there’s too much nose cam but I’ve seen worse MetHD direction.  Technical quality is first class.  The picture is 1080i and the DTS-HD sound is way better than I remember it from the cinema.  The Anvil Chorus could serve as demonstration material for home theatre systems.  Documentation is decent with a track listing and a short essay.  Extras are the usual intermission interviews though, unfortunately, with Renée Fleming.  Subtitle options are English, French, Italian, German, Spanish and Chinese.

So, all in all, a solid traditionalish, well executed Il Trovatore.  I’d be interested to see a more Regieish take on the piece but, for now, this will serve as a perfectly adequate reference.