Back to the Emmet Ray yesterday for another show by Opera Revue.  This time Dani Friesen and Claire Harris were joined by baritone Alexander Hajek which allowed for a three set show and quite a few duets.  I was really struck by how much throwing in some duets makes the whole show seem more operatic.  So what did we get?  There was a lot of Mozart, notably duets from Don Giovanni and The Marriage of Figaro, plus solo arias from both operas.  And, of course, there was Kurt Weill from Dani.  There was at least one Neapolitan songs and several musical theatre numbers (Alex looks very fetching in cat ears) and a guest singing Schumann and probably other stuff I’ve forgotten.  All in all, a suitably varied and satisfying selection. 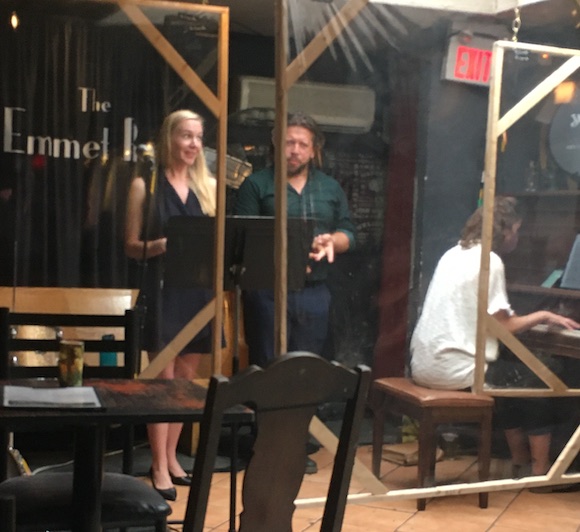 Nothing’s ideal right now and I’ll be glad to be rid of perspex screens and masks but it’s progress when one can go out and listen to very good singers doing that thing we love in the company of other humans. And there’s beer.

FWIW all the photos on my phone between yesterday’s Opera Revue show and the previous one are QR codes.  O tempora, o mores.