The thing that struck me most about the Royal Opera House’s 2018 recording of Wagner’s Die Walküre is how lyrical it is.  It’s not without excitement in the appropriate places, far from it, but there’s such lovely singing.  Nina Stemme’s Brünnhilde is tender and poetic and the combo of Stuart Skelton and Emily Magee as the twin lovers is really good.  Throw in a nuanced Wotan from John Lundgren and a typically elegant performance from Sarah Connolly as Fricka and it’s really a pleasure to listen to.  Ain Anger is not so lyrical as Hunding but it’s a fine menacing performance.  Antonio Pappano and the house orchestra are equally fine. 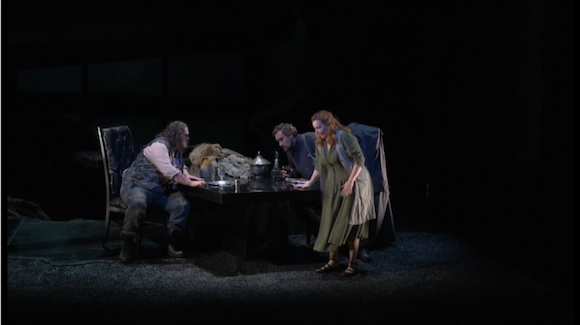 Keith Warner’s production has its moments too.  The first two acts are fairly conventional in a sort of weird hybrid Victorian/barbarian setting; all skins and furs and heavy furniture, which works well enough.  The lighting plot is a bit more adventurous and there’s a sort of space station layer to Wotan’s Act 2 hangout.  The relationships are quite carefully drawn with a surprisingly sexual relationship between Fricka and Wotan and Brünnhilde very much a daddy’s girl.  The Siegs are convincing in their mutual recognition.

It really comes alive in Act 3 though with a spectacular opening scene featuring horse skulls, giant shadows and video of hairy blokes bashing each other with swords.  It continues in a highly abstract but psychologically convincing mode until the fire scene where we see Brünnhilde on a leather chaise-longue and there are some serious pyrotechnics.  It’s not horned helmet territory but it’s not pretending to be an allegory of Amazon and Facebook taking over the world either.  It’s all about the relationships.  All in all very watchable. 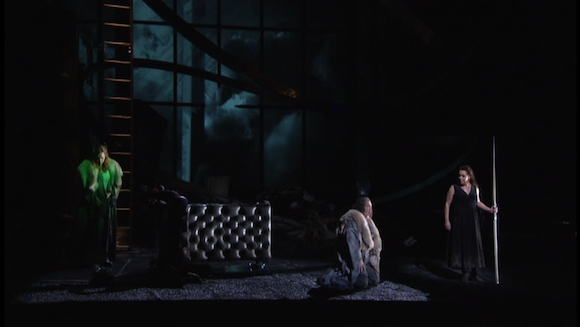 Jonathan Haswell’s video direction is low key and very watchable.  I watched the DVD release (Blu-ray is available) and found the sound (DTS and PCM stereo) to be entirely acceptable.  The picture is good too though strained a bit in some dark passages in Act 2.  There are about 14 minutes of interview bonuses which are mildly interesting.  The booklet has a synopsis and an essay about Schopenhauer’s influence on Wagner but no track listing.  Subtitle options are English, French, German, Japanese and Korean.

There are lots of good video recordings of Die Walküre in the catalogue.  This one would be a good recommendation for someone who wants high musical and technical values and isn’t looking for anything too conceptual. 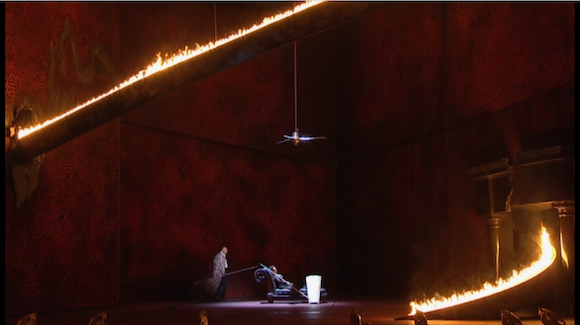