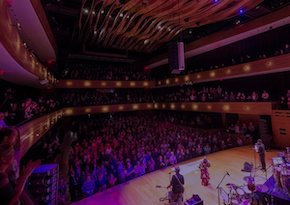 The Royal Conservatory of Music has just announced a real live season for 2021/22. Covid restrictions will likely be in place for at least the first part of the season but hopefully will ease up at some point. There’s the usual eclectic mix of classical, vocal, jazz, world music etc so I’ll just cover the classical vocal stuff which is actually pretty exciting.  Let’s go through it chronologically.

The 21C Music Festival kicks off on January 12th 2022 with Brian Current’s long awaited opera Gould’s Wall.  There are five performances in the RCM Atrium on the 12th at 8pm, 13th at 6pm, 14th at 8pm, 15th at 10.30pm and 16th at 6pm.  The other big vocal gig at 21C is on January 23rd at 3pm at Koerner Hall where Gerald Finley and Julius Drake will present the North American premiere of a new song cycle by Mark Anthony Turnage; Without Ceremony to texts by Thomas Hardy.  There’s also Schubert, Wolf and more.

And so into the back half:

So, all in all, a pretty exciting line up with some big names including the unmissable Bryn Terfel.  Most of the big name stuff is well into April/May next year so there’s a decent chance we’ll be back to full halls etc.  There’s full details of all the RCM’s line plus ticketing information at their website.