The students of the post graduate program at UoT Opera were on show in the RBA yesterday with a show made up of staged opera excerpts curated and directed by Michael Patrick Albano.  It’s right at the beginning of the academic year and these sorts of concerts are a bit of a calibration exercise for those of us who follow the progress of young singers.  The starting point this year is decidedly high. 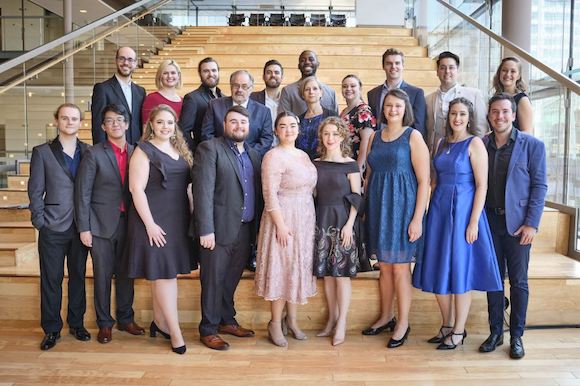 River Guard kicked things off with Bixio’s Parlami d’amore Mariù.  This was very nicely sung.  Guard has a very pleasing tenor voice, good technique and presence.  The staging was cute and set the tone for the show.  Guard was back later as one of the quartet in Bella figlia dell’amore from Rigoletto.  Here he showed he could do the Italian tenor thing and interacted well with mezzo Lindsay Connolly.  Maeve Palmer  and Alex Halliday rounded out the quartet very nicely. 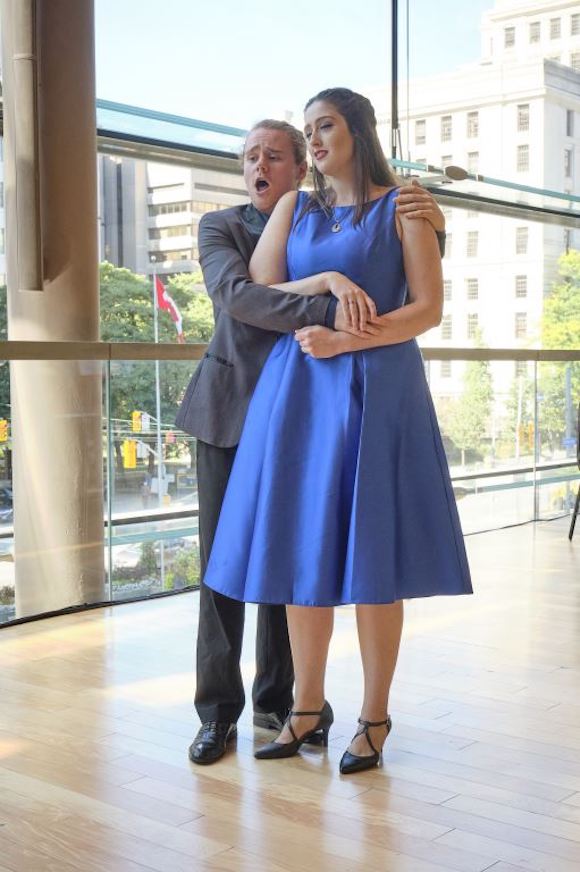 No student recital is complete without Mozart and here it was Susanna, or via, sortite from Figaro.  Adam Kulack impressed as quite a menacing count with Sacha Smith as the Countess.  Maeve Palmer rounded things out with a well characterised performance as Susanna.

Wie, Was, Entsetzen! from Die Freischütz gave the very exuberant Elias Theocharidis an opportunity to show both his singing and acting chops with Saige Carlson as an appealing Agathe and Midori Marsh as Annchen.  Theocharidis and Marsh were back later, along with Adam Kulack in Signor Sargente from L’elisir d’amore.  This too suited Theocharidis and this time Marsh had rather more of a chance to show off a very flexible and rather beautiful instrument.  Kulack was appropriately bluff but I’d be interested to hear him in something more lyrical.  Lindsay Connolly rounded things out but didn’t have a lot to do. 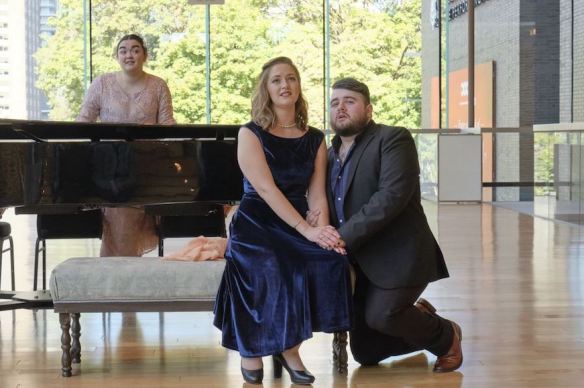 Saige Carlson and the impressive Korin Thomas-Smith combined nicely for the duet Doute de la lumière from Thomas’ Hamlet.  Both were solid and appropriately stylish.  The comic highlight was undoubtedly Parker Clements and Alex Halliday in the revenge duet from Don Pasquale.  The singing was exuberant as well as polished and the acting was, as Baldric might put it, “good fooling”. 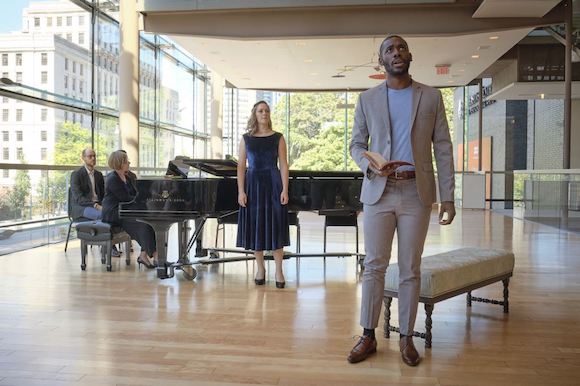 Or vienmi ad adornar from Madama Butterfly gave Juliana Krajčovič the chance to show that she has a really big voice.  I’d like to hear it somewhere other than the RBA which isn’t kind to dramatic sopranos.  Definitely one to watch.  Alexandra fee provided good support as Suzuki.

Love unspoken from The Merry Widow was elegantly and touchingly performed by Nicholas Higgs and Mélissa Danis to cap off a very promising start to the UoT Opera year.