Opera Atelier’s current production of Mozart’s Idomeneo is frustrating, especially given their recent run of good form.  It, unfortunately, combines a fussy, rather pointless production with histrionic antics and uneven singing.  It’s just not good enough. 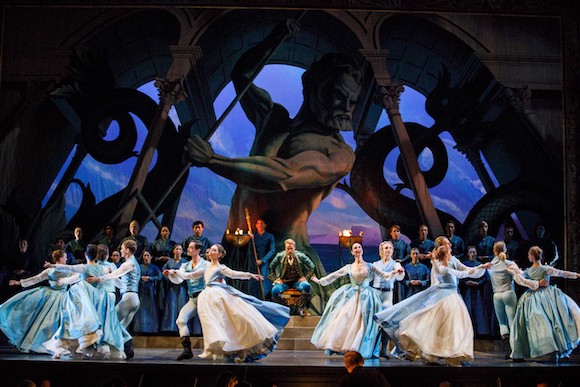 The production is almost classic OA although there’s heavy use of strobe lighting and smoke in the storm scenes but otherwise it’s the classic painted drops.  The drop for the Temple of Neptune is rather striking and one of the better things on offer.  The blocking is often pointlessly frenetic.  There’ll be two singers on stage and they will continually exchange places at a half run with that back of hand to forehead, nose in the air thing.  The stylized acting doesn’t even stick to the usual stock baroque acting book.  There’s a fair bit of good old fashioned over acting, especially from Measha Brueggergosman, as Elettra.  Sometimes she seems more akin to a silent movie actress.  There were times when I expected somebody to emerge from the wings and tie her to the railroad tracks. 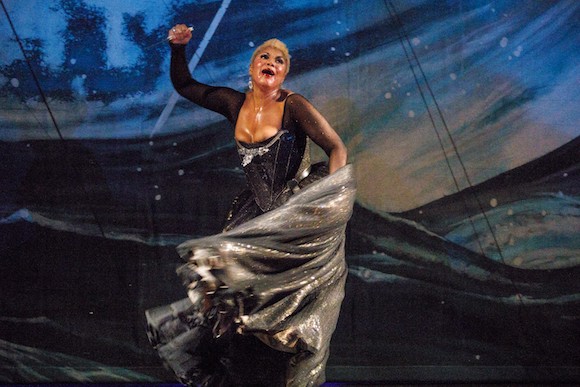 There was the usual ballet of course.  Rather too much of it actually, especially in the final scene where an interminable sequence of dance numbers were inserted after the opera proper was done.  Why?  Then there was Neptune.  Admittedly Douglas Williams is ripped but it became almost laughable to see him constantly reappearing bare chested in the same pose thrusting his pelvis and his trident suggestively towards the audience. 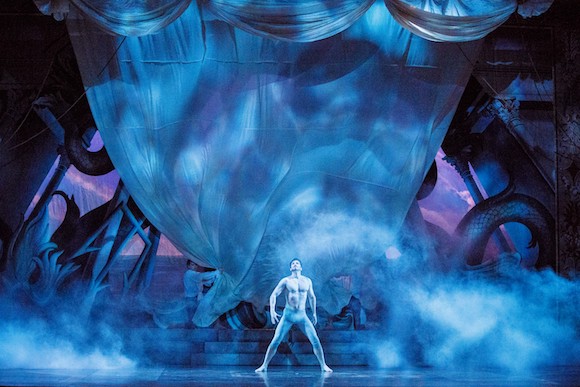 Then there was the singing.  Meghan Lindsey as Ilia was the pick of the bunch.  She was secure, idiomatic and entirely credible.  She would have ornamented any production.  Colin Ainsworth was a disconcertingly youthful Idomeneo but once one got used to that i seemed like a good idea.  Any lack of gravitas was compensated for by athleticism.  After all Idomeneo is probably only about fortychr I guess.  Lovely singing too.  Wallis Giunta was a perfectly adequate Idamante.  Acurate, idiomatic and athletic; all that was perhaps lacking was more variation of colour.  Olivier Laquerre as Arbace and Bradley Christensen as the High Priest were both rock solid. 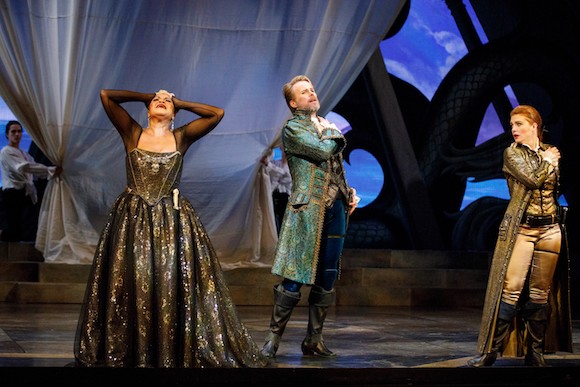 Which again leaves Measha Brueggergosman.  This matters not just because Idomeneo without a stunning Elettra is a bore but because this production was marketed around her.  There is simply no way she should be singing this role anymore.  Her upper register is weak and occasionally inaccurate.  Her middle is fluttery and unsupported.  This is not an Elettra voice.  Period.  I really get rather tired of companies casting people based on past glories.  It may sell tickets but it doesn’t deliver value. 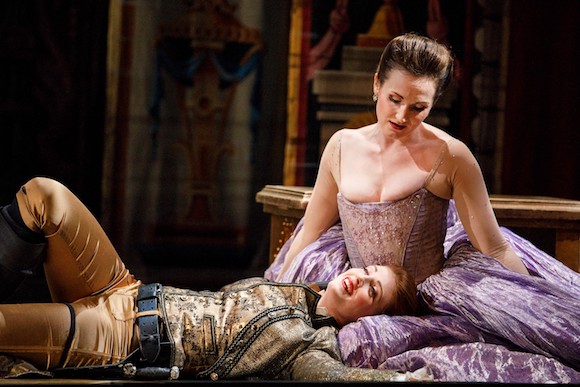 David Fallis conducted with Tafelmusik in the pit (and overflowing it).  The chorus was, most of the time, in the stage boxes.  Everybody performed and the winds and percussion were particularly excellent but it was sometimes a slightly odd sound picture so perhaps it’s time to talk about the move to the Ed Mirvish. 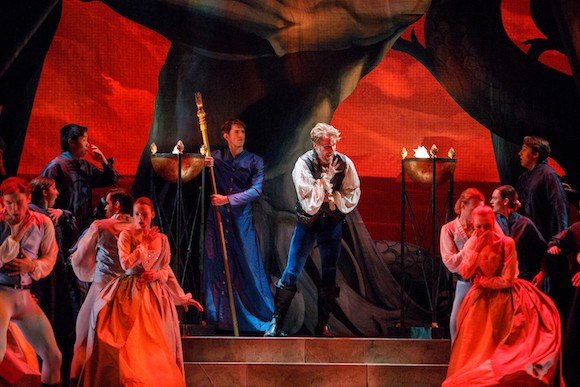 This is OA’s first show at the Ed Mirvish; the Elgin having been their home for many years. I don’t know how long it’s been since the Mirvish staged an opera and it’s no more an ideal venue than the Elgin.  There’s more room on stage which is nice but anybody singing from any sort of distance upstage simply disappears.  This justifies the amount of “park and bark” from the apron we got last night.  Not only is the pit not ideal but the stage boxes are even further forward relative to the stage than at the Elgin.  When the chorus is singing from their it sounds quite disconnected.  Otherwise the acoustics seemed similar to the Elgin.  I did hear mention of an echo but it wasn’t apparent from my seat eight rows back and fairly central.  Logistics aren’t great either and there was quite a scrum on the main level at the interval.

Returning to the main point.  This Idomeneo is not one of Opera Atelier’s best productions and it’s fatally flawed by an inappropriately cast Elettra.  It’s not a great night out despite some fine singing from Lindsey, Ainsworth and Giunta.