Tchaikovsky’s Queen of Spades is a rather odd opera.  It’s got some really good music but it’s dramatically a bit of a mess; it’s episodic and the plot contains highly implausible occult elements.  The 2016 production at Dutch National Opera was given to Stefan Herheim to direct which is what piqued my interest.  There are few directors as capable of applying some radical rethinking to an opera and coming up with something fully coherent.  I think he manages it here. 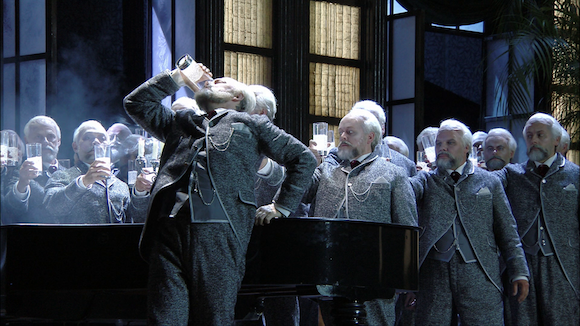 It’s a very complex production and unpacking it in detail on a single watching would be near impossible, as well as spoiling the fun for anyone else so what I’ll do is lay out the elements that Herheim uses without trying fully to elaborate how he combines them.

The various ways in which these elements are combined is quite disturbing and thought provoking and also allows for some striking stage pictures.  Set with a vaguely 18th/19th century aesthetic (I can’t pin it down more precisely than that) it’s all rather handsome and sometimes visually quite exciting.  And, in a weird way, it does all make sense though it’s a long way from Pushkin.

Musically it’s really good.  DNO assembled an essentially all Slavic cast of very high quality.  There’s some really fine singing from Misha Didyk as Hermann and, especially, Svetlana Aksenova as Liza.  Her duet with Polina (Anna Goryachova) is gorgeous.  Vladimir Stoyanov is a very distinguished Yeletsky and veteran Larissa Diadkova sounds appropriately mature but not worn as the Old Countess.  The supporting roles are all fine.  The acting is all quite distinguished too though Christiaan Kuyvenhoven as the composer rather steals the show in that department.

Mariss Jansons conducts the Royal Concertgebouw in a highly detailed, dramatic and cogent account of the score.  There’s some particularly fine playing from the strings.  It’s really quite distinguished music making.  The chorus, which has a lot to do, too is excellent both dramatically and musically.

Misjel Vermeiren’s video direction is pretty decent though it’s a big, often busy, stage and there were times when I wanted to see more of the action.  He’s helped by a very good picture, even in the darker scenes, on Blu-ray.  This is one I suspect would not look so good on standard DVD.  The DTS-HD-MA sound is exceptionally clear and detailed and has a natural balance rather than the common tendency to over-project the voices.

The only extras on the disk are a few trailers but the (very) short essay in the booklet does tee things up quite well.  There’s also a synopsis and a detailed track listing.  Subtitles options are English, French, German, Korean and Japanese (but not Russian or Dutch!). 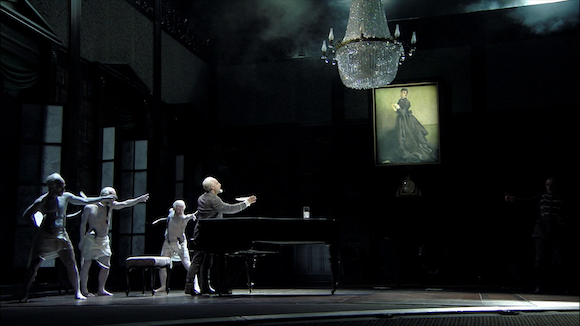 This disk is a success on many levels and is well worth a look for anyone interested in this relatively obscure (outside the former USSR) Tchaikovsky piece. 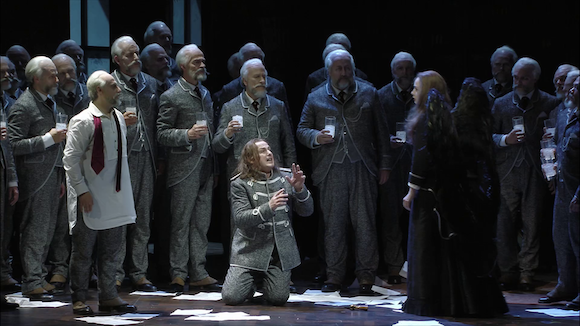