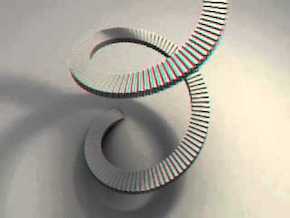 Last night’s Soundstreams concert at Trinity St. Paul’s riffed off the basic idea of Bach’s Musical Offering; getting musicians to create music on a theme with a high improvisory element.  The line up was the Gryphon Trio (Roman Borys, cello; James Parker, piano; Annalee Patipatanakoon, violin), SlowPitchSound (aka Cheldon Paterson); turntables, Dafnis Prieto; drum kit, Scott Good; trombone, conductor and Roberto Occhipiniti; bass.  Things started out with SlowPitchSound remixing prerecorded fragments of the Musical Offering with live interventions by the trio.  It was interesting and fun though whether it revealed “secret messages” I really couldn’t tell.  The turntables reappeared between items in the rest of the program in very short fragments that seemed too cursory to have much to say.

The rest of the first half of the program was made up of works by Occhipinti, Good and Prieto.  I suppose it’s a bit inevitable that if you put a drum kit, a bass and a trombone together they are going to sound a bit like generic modern jazz; especially if they are so loud that any contribution from the violin and cell is inaudible which was the case last night.  I didn’t get much out of Occhipiniti’s Tuareg.  Maybe if I had more jazz background I would but it sounded pretty generic to me.  Good’s piece, Wu Xing, built around the the Chinese theory of elements was more interesting.  The Chinese influence was apparent as were elements of minimalism creating a changing musical landscape that seemed centred on what might call “minimalist swing”.  I didn’t much care for Prieto’s piece The Stutterer either.  I think I gave up on extended drum kit solos listening to German industrial rock in the 70s.  Prieto is unquestionably incredibly talented and gets sounds out of a drum kit I hadn’t heard before but in the last analysis I fall back on Evelyn Waugh’s description of the battle of Crete; “Like German opera; too long and too loud”.

The second half centred on a piece to showcase the Gryphons; an arrangement of John Adams’ Phrygian Gates.  This was skilfully crafted for the available forces by Scott Good and was really excellent.  It’s a complex and highly developed piece that centres on the piano but with plenty of rhythmic variation.  I really liked what Prieto was able to do here.  He showed that the percussion doesn’t have to be centre stage but can lend elegant and subtle support to the other players.  And finally we really got to hear the violin and cello for the first time since the opening number.

So a bit of a mixed bag from my perspective.  I’ll admit I may not be particularly objective given that if you ever get me in Room 101 forget the rats; a drum kit and trombone will get the job done!