Thackeray thought Goethe’s Sorrows of Young Werther was so boring and idiotic that he wrote a satirical poem about it (you can find it at the bottom of the page).  Massenet’s reaction, alas, was to write a three hour opera based on it.  Add to the implausible and dull plot (altered but slightly from Goethe’s original) Massenet’s overblown romantic music and penchant for any sentimentality he can find (at the end, a children’s chorus sings a Christmas song while Werther is bleeding to death in Charlotte’s arms) and it’s well nigh unbearable.

The production recorded at the Opéra Bastille in Paris in 2010 is directed by Benoît Jacquot and it is also dull and static.  The sets and costumes are period and quite literal.  There’s a lot of empty space on stage and nothing much happens in it.  This seems to drive the video director, André Diot to distraction and he tries, increasingly desperately, to make the film interesting.  By the Act 3/4 entracte we are getting shots of the wings, from directly overhead, across the orchestra from all kinds of angles and even footage of the stage hands making a scene change behind the curtain.  I understand his desperation but it really doesn’t improve matters.

Now the good news.  If you really want a recording of Werther I don’t think you are likely to find one better sung and acted, at least as far as the principals are concerned.  Jonas Kaufmann as Werther, Sophie Koch as Charlotte and Ludovic Tézier as Albert are all at the top of their games which means absolutely A list singing and acting.  I was also impressed by Anne-Catherine Gillet who injects a bit of life as the irrepressible younger sister Sophie.  The rest of the cast are OK though there are some fairly feeble attempts at slapstick.  Michel Plasson conducts.  We see quite a lot of him in the video and I’m really not sure what he’s doing but the music, for better or worse, sounds like Massenet.

Technically the disks are OK.  The picture is definitely challenged by some of the dark scenes on DVD so I’d recommend the Blu-ray if you have a choice.  The DTS 5.1 sound is fine by DVD standards and the stereo track is OK too.  There are no extras on the disks but there is quite a lot of explanatory material in the booklet as well as a synopsis and track listing.  Subtitle options are English, French, German and Spanish. 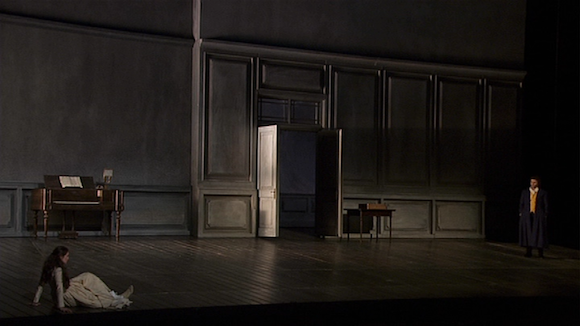 In the last scene Werther asks to be buried in a lonely valley.  They should bury this recording with him. 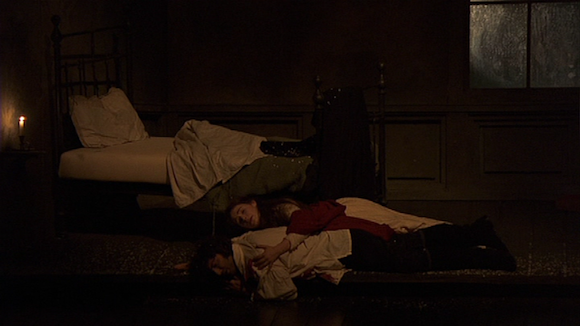 WERTHER had a love for Charlotte
Such as words could never utter;
Would you know how first he met her?
She was cutting bread and butter.

Charlotte was a married lady,
And a moral man was Werther,
And for all the wealth of Indies
Would do nothing for to hurt her.

So he sigh’d and pin’d and ogled,
And his passion boil’d and bubbled,
Till he blew his silly brains out,
And no more was by it troubled.

Charlotte, having seen his body
Borne before her on a shutter,
Like a well-conducted person,
Went on cutting bread and butter.