Opera Atelier’s spring production; Gluck’s Orphée et Eurydyce, opened last night under most unspringlike conditions.  Much had been made in the run up to the opening of the use of Berlioz’ 1859 performing edition, representing Tafelmusik’s deepest push into the 19th century and I think many of us were wondering how far this somewhat different sensibility would be reflected in the staging.  In the event it was a non event.  Connoisseurs of 19th century brass instruments might just have been able to hear a difference between the cornets à piston used in place of the natural instruments but nobody I talked to could.  The staging too was a remount of a previous production in classic Opera Atelier style though some of the dance numbers did feature point shoes and a more athletic style; notably the pas de deux in the closing ballet which was surely the terpsichorial highlight of the evening.

The rationale for the Berlioz edition was to adapt the work to the rise in performing pitch that took place in Paris between the work’s cresation and 1859.  In short the role of Orphée had become too high for a haut-contre and it was now to be sung by a contralto.  We don’t really know what Pauline Viardot sounded like but she was close to the end of her career when she assumed the role and I certainly imagine a darkish sound, perhaps akin to Janet Baker or Stephanie Blythe.  What we got last night was Mireille Lebel.  She’s a fine singer but a light, bright mezzo; more of a soprano two than a contralto.  But she looked suitably androgynous in breeches and shirt and that was probably the point but, say, Alysson McHardy would have been far more interesting musically.  A light, bright mezzo and two light, bright sopranos singing Eurydice (Peggy Kriha-Dye) and Amour (Meghan Lindsey) accompanied by Tafelmusik; with David Fallis, correctly, being careful not to cover his singers, did lead to a certain tonal and dynamic monotony.  It’s not easy to make Gluck dramatic and here it wasn’t.  Even moments of high drama such as J’ai perdu mon Eurydice came off with minimal emotional impact. 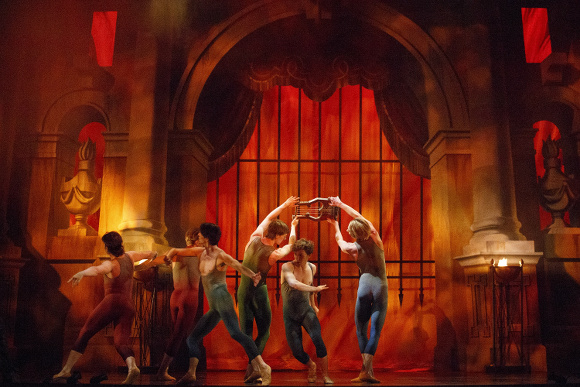 The very, very civilized aspect was reinforced by the production which was, to the delight of many, absolutely classic Opera Atelier.  The sets and costumes were pretty and Ms. Lebel, on whom much of the stage action depended, looked appropriately decorative.  The acting style was trademark “Park and Baroque” where the singer prances energetically to a fixed spot and sings while performing a series of stock gestures.  With only three characters and the chorus singing from the boxes much of the visual weight fell on the OA ballet.  Here we got mostly the trademark mix of stately figures interspersed with half naked leaping men.  What was a bit worrying is that the once near perfect precision of the corps de ballet was missing last night.  Ensemble was ragged in places and some of the dancers seemed to have a hard time staying on the beat.  The final ballet, cut by Berlioz but reinstated here, was a bit of a stylistic departure.  There were a few “numbers” including the previously mentioned pas de deux and the whole thing concluded with dancers holding up cards that either spelled out phrases like “hero immortal” or had big red hearts on them.  One even, in an odd nod to modernity, said “#OA Orpheo”.  And a giant red heart backdrop descended from the fly loft and sparkly streamers were sprayed into the audience.  Opera Atelier has a tendency to become rather campy.  This took us into Liberace lookalike competition territory. 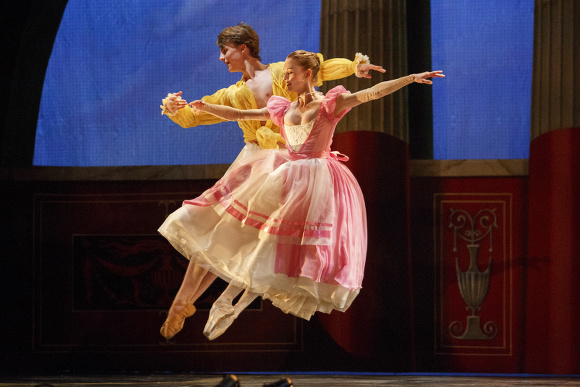 For all my reservations this was a well sung and played Orphée et Eurydyce played in text book Opera Atelier style which is sure to please those who have continued to enjoy their work over the last almost thirty years.  If you are going in the hope of seeing developments in style along the lines of the Alcina seen a few months ago you are going to be disappointed.