Rameau’s Castor et Pollux is a tragédie lyrique in five acts.  It’s a mythology based libretto which, ultimately, celebrates the fraternal love of the twins who rise to immortality while rather callously discarding the female human love interest.  Pierre Audi’s 2008 production for De Nederlandse Opera nods both to the baroque and to the mythological by staging the work in a rather abstract Sci-Fi sort of way but with moving sets and Fx that suggest, rather than reproduce, the stagecraft of the baroque. 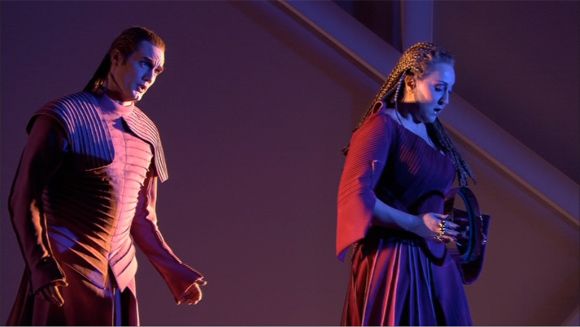 I think I’m learning to appreciate the French baroque more and I have definitely formed some views on what that takes.  I don’t think that it is helpful to think of these pieces as operas.  I’m not sure whether to consider them more as “ballets with singing” or as a kind of aristocratic Cirque du Soleil.  In any event they need to be appreciated on their own terms to be appreciated at all.  Audi seems to get this.  His production takes the acting, the singing, the dancing and the spectacle equally seriously.  He uses a top notch choreographer in Amir Hosseinpour, backed up by excellent (uncredited) dancers and a top notch design team in Patrick Kinmonth and Jean Kalman. 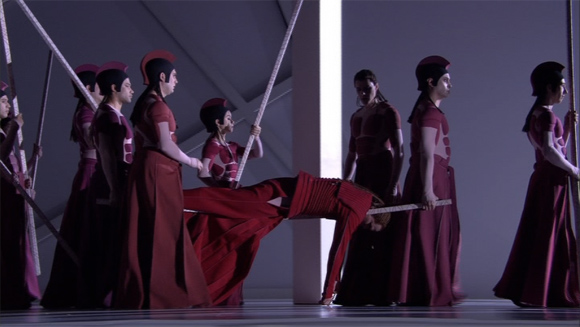 The story is told pretty straight but there is a strong unifying concept to the visual elements.  Costumes and hair styles are consistent across all the characters and look like something out of a Space Opera.  The choreography is aggressively modern and the dancers often double up the singers and use dance to portray the characters’ emotions.  The sets are geometric and spare but movement and lighting are used to echo the changing scenery thsat one expects in baroque performance.  In some ways, perhaps oddly, it’s reminiscent of Audi’s production of Messiaen’s Saint François d’Assise.  Does it work?  If you are OK with myth being expressed through a set of fairly stylized archetypes then the answer has to be yes.  If you are looking for a more human drama based on fully rounded, human, characters then maybe not. 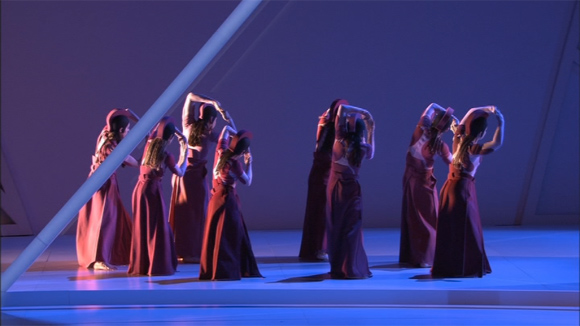 The music making is very good.  Christophe Rousset and Les Talens Lyriques are in the pit and sound authentically French, if not terribly exciting.  The singing is idiomatic and more than adequate.  The standouts are probably Véronique Gens as the more infernal of the two half sisters, Phébé, and Nicolas Testé who provides a very strongly characterised Jupiter.  But if they are the standouts there’s nothing wrong with the performances of Finnur Bjarnason and Henk Neven as the twins or Anna Maria Panzarella as the other half sister Télaïre. 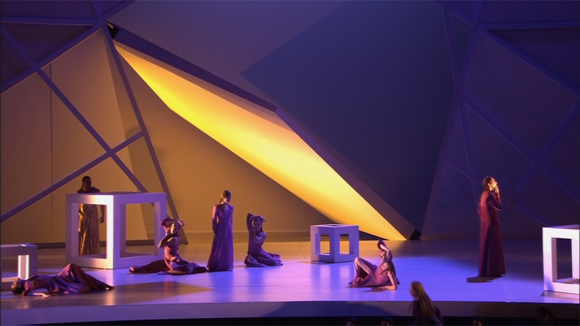 Misjel Vermeiren directed the cameras.  Mostly it’s an undistracting effort though, inevitably, there are times when one wishes for a bigger picture especially during dance elements.  The DVD is technically very good with an excellent picture and vivid DTS sound.  There’s a decent team/cast interview feature on the second disk which I would recommend watching ahead of the main event unless you are very familiar with this work.  The booklet includes a detailed track listing and an essay by Reiner Moritz.  The subtitle options are English, french, German, Spanish, Italian and Dutch 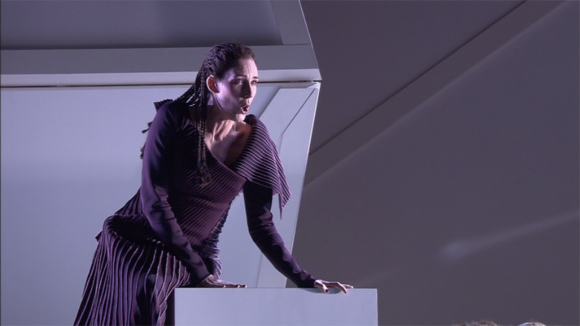 This is a coolly classical take on Rameau that avoids any attempt to subvert the genre.  It’s very different from the cheekier approach taken in recordings I’ve reviewed recently of Platée or Les Paladins but they are both comedies and from much later in Rameau’s career.  Was he intending the same kind of anarchic subversion of court and societal norms in Castor et Pollux.  Pierre Audi obviously thinks not. 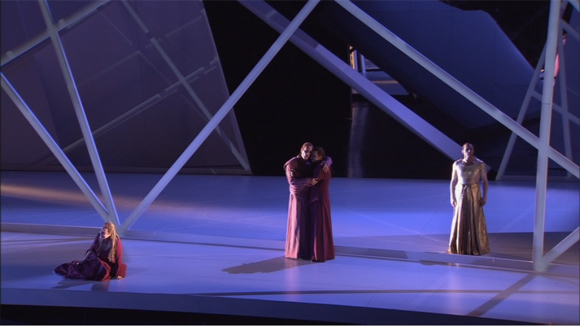