This time it’s the 2002 Glyndebourne production directed by David McVicar. Anne Sofie von Otter sings the title role with Marcus Haddock as Don José. The production is quite restrained by McVicar standards of this period, perhaps an indication of the tamer Met productions to come, though the final scene is gruesome enough and Carmen and Don José make out more enthusiastically than in some other productions. It’s in appropriate period costumes and is pretty enough to look at without being ‘different’ in any significant way. 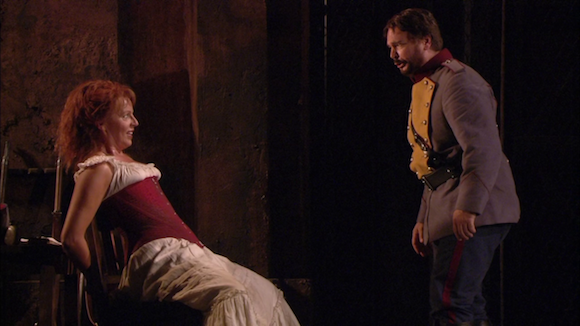 My first impression was that maybe von Otter was getting a bit old for Carmen (though I imagine that one would notice that less in the theatre) but I quickly changed my mind. Her singing is, as ever, flawlessly stylish and she really throws herself into the role. This really is the girl who never loves for more than six months and doesn’t give a damn about anyone. It’s also an amazingly, and effectively, slutty performance. Really von Otter steals the show. Marcus Haddock is an effective foil. He’s bluff and physical and not nearly as wimpy as, say, Alagna. He doesn’t have the glamour of Kaufmann either which is probably a plus in this interpretation. Vocally he’s rock solid. Everybody else is fine but this is the von Otter/Haddock show. 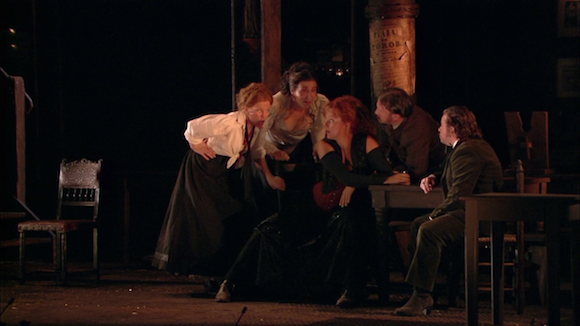 Technically, this is an early HD recording.  On Blu-ray the picture is 1080i and the sound choices are stereo or Dolby True HD surround.  It looks and sounds fine even on DVD.  The video direction is still pretty much stuck in the small screen era with virtually incessant close ups.  There are English, French, German and Spanish subtitles.

Carmen is very well served on disc.  As of 2018 there are 11 versions on Blu-ray, most more recent than this one, and more on DVD.  This one is interesting but rather dated compared to the Royal Opera, Met, Barcelona and Bregenz offerings. 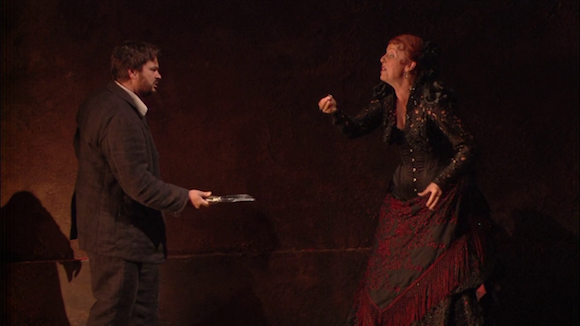