There’s a new video up on the Confluence Concerts Youtube channel.  It’s a lecture recital by counter-tenor Ryan McDonald about Klaus Nomi.  It’s an interesting and scholarly attempt to situate Nomi in the context of both his own time and place (1970s/80s New York City) and in the context of contemporary queerness in the classical music world.  There’s also some singing.  Ryan, accompanied by Ivan Jovanovic, performs some of the material associated with Nomi including a couple of “diva arias” and songs by Dowland, Schumann and Purcell.

This seems. like as good a place as any to mention Ryan’s other upcoming project.  He’s co-director of Opera Q along with Camille Rogers.  This is the company that produced Pomegranate which the COC is remounting next season.  The new project is called Medusa’s Children and it’s been done as a film for on-line release.  The score is by Toronto composer Colin McMahon with text by Charlie Petch.  The piece explores themes of family, loss, sexual violence, and toxic masculinity through a trans and queer lens, drawing on the aftermath of the Medusa myth  The cast includes Rebecca Cuddy, as Medusa, Rebecca Gray and Hillary Jean Young, as the mythical siblings Chrysaor and Pegasus, and Rachel Miller and Renee Fajardo, as Medusa’s two sisters Stheno and Euryale. The production was filmed and edited by Coffeeshop Creative with Stephen Bell as Director of Photography.  The film will be available from June 3rd to June 30th. There is more information at and tickets (donation requested) can be had here. 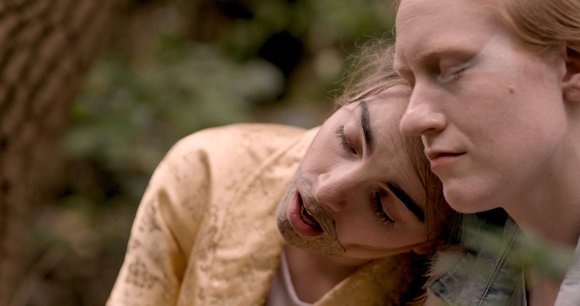