The concert for the eleven singers taking part in this year’s IRCPA Encounter programme was broadcast on 96.3 FM on Friday evening.  It was also webcast on Youtube.  Here’s the link.   Anyway here’s a quick rundown on the performances. 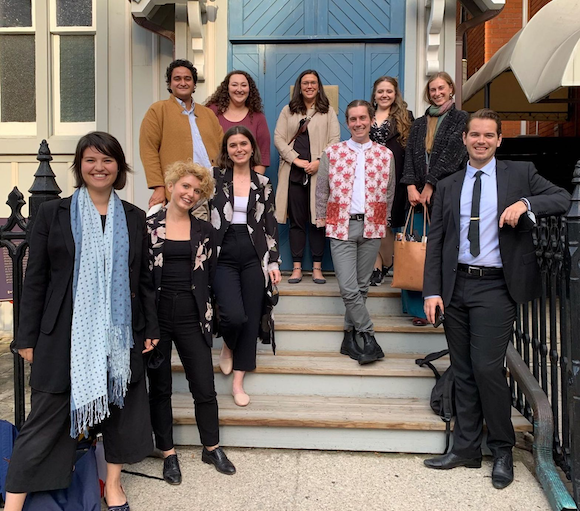 First up was baritone Nicholas Gryniewski who sang Non Piu Andrai, from the Marriage of Figaro.  He’s only eighteen and has a lovely voice.  Maybe he didn’t quite manage the venom that Brett Polegato had asked for in the master class two weeks earlier but he sang very well.  If he can acquire a solid technique and not come to any vocal harm along the way he could be a remarkable talent.

Mezzo -soprano Camila Montefusco sang Se Romeo l’uccise un figlio, from Bellin’s I Capuletti e i Montecchi,  She has quite a dramatic mezzo voice and the role (Romeo) seems to suit her well.

It was really nice to see a counter-tenor.  Ryan McDonald sang Sesto’s aria Svegliatevi nel core from Handel’s Giulio Cesare.  He has quite a light, bright sound; more Jaroussky than Scholl perhaps and he’s a good vocal actor.  Sesto is probably a good role.

Mezzo-soprano Hillary Tufford sang Charlotte’s aria Va! Laisse couler mes larmes from Werther.  I dislike the opera so much I’m pretty much incapable of making fair judgement of any performance concerning it!

Soprano Ana Toumine gets bonus points for picking unusual contemporary rep.  She sang After you hear me out from Tom Cipullo’s Glory Denied.  She’s a good singing actor.

Soprano Jocelyn Fralick produced some proper Verdi singing with a suitably dramatic account of Morro ma prima ingrazia from Un ballo in maschera.  Not a big surprise that she was Brett Polegato’s choice for the IRCPA Career Blueprint award.

Rachel Andrist accompanied with her usual excellence and Jean Stilwell handled the after sing interviews.  All in all I thought everybody handled the concert really well.  The Zoomerplex with its manic stage managers is a weird place at the best of times.  Without an audience it must have been even weirder.