There’s obvious irony in a Hungarian directing Wagner’s Lohengrin; even more so when that director sees in Wagner’s Brabant parallels with Orban’s Hungary.  It’s quite interesting to see how this plays out in Árpád Schilling’s production recorded at Staatsoper Stuttgart in 2018.  The first thing to say is that this is an extremely minimalist production with a circle on stage , a curved back wall and not much else, though a bed appears in Act 3.  It’s very monochrome; the stage and the characters are all more or less in shades of grey until late in the second act when the Vier Edelknaben (here definitely women) and then the chorus appears in colourful but still eclectically modern, casual outfits.  The only real device for telling the story, apart, from the words and music, is the way groups of characters are arranged on stage. 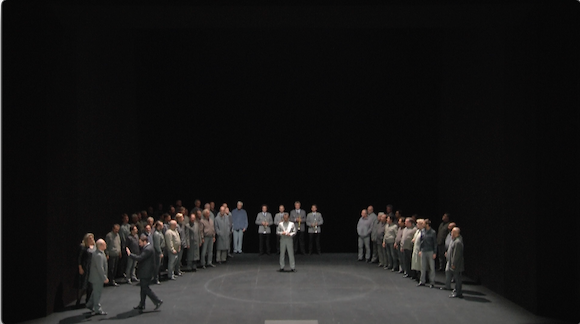 The concept is clearest in the first and last acts.  At the beginning the women are grouped behind Elsa separated from the men.  The impression is of a fractured and leaderless society desperate to follow someone.  There is little enthusiasm for Heinrich’s call to arms or Telramund’s accusation of Elsa but nobody breaks ranks.  The Swan Knight is immediately accepted as the longed for charismatic leader.  This theme is nicely closed off.  There’s no Gottfried.  With Lohengrin leaving, Ortrud grabs a random dude from the chorus and proclaims him Herzog von Brabant.  Nobody seems to mind except Elsa who finds herself facing off “the people” literally :daggers drawn”.

What happens in between seems less convincing.  It’s really hard to take the early medieval honour and paganism themes at face value.  There’s nothing to suggest that Telramund is anything other than a piece of work who would hardly need leading astray by a woman.  But this is Wagner so that has to happen!  Maybe there’s a clearer than typical parallel drawn here between Ortrud and Kundry.  Maybe I’m imagining it.  The whole of Act 2 really seems a bit overwrought.  Overall, I think the production has  some good ideas but rather a lot of loose ends and I’m not totally convinced. 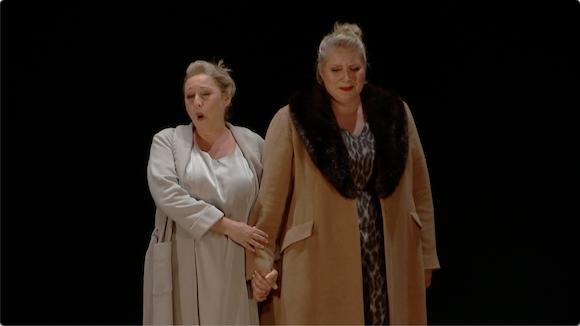 Performances are pretty good across the board though.  Michael König, in the title role, has a voice that is both big and rather beautiful and he can act.  Goran Jurić is quite a commanding presence as Heinrich and convinces.  Simone Schneider is quite a straightforward Elsa.  She has a very bright, slicey voice and gives a good portrayal of a very human, rather robust Elsa.  She doesn’t, for example, have the slightly otherwordly quality that Annette Dasch brings.  Martin Gantner is actually really good as a sort of dishevelled, rather insincere Teramund (sort of reminds me of Rudy Giuliani).  Okka von der Damerau is a very red blooded Ortrud with lots of power and a real sense of enjoying being evil.  The rest of the singing is fine and the chorus is effective.  Cornelius Meister conducts and he gets a sound that is at times very beautiful and at others splendidly dramatic out of the Staatsorchester. 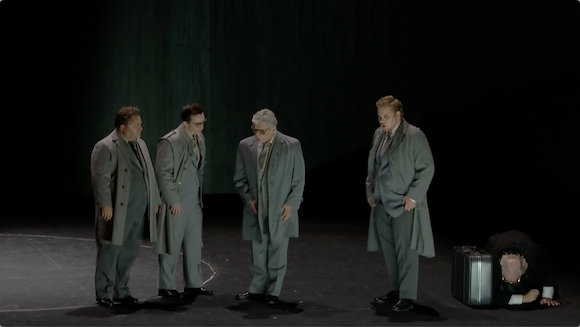 There’s not really a whole lot to film so I suppose Victor Schoner might have been tempted into video gimmickry but he isn’t and the video is unfussy.  The picture quality on Blu-ray is fine.  The stereo sound (there’s no surround track) is quite good but I’ve heard Blu-ray’s with a more open and detailed sound stage.  There are no extras on the disk.  The booklet contains a track listing, a synopsis and a must read interview with the director.  Subtitle options are English, French, German, Spanish, Korean and Japanese.

It’s a bit hard to assess where this fits in the considerable discography of Lohengrin.  There’s usually little critical consensus on the productions; not least because even by Wagner standards this is a difficult work to stage.  There are certainly starrier casts available on Blu-ray (and even UHD 4K) and I can’t see anyone making this recording, serviceable as it mostly is, their top pick.  My favourite remains the rather controversial Neuenfels production which, I think, does a better job of dealing with the nature of Brabant’s fractured society.  It also has singing that I find brings out the otherwordliness of the piece more convincingly. 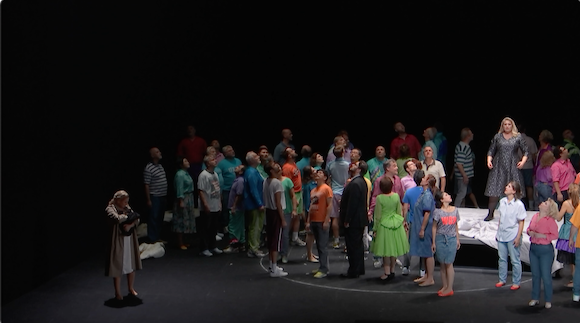