Der Prinz von Homburg is a 1960 opera by Hans Werner Henze setting a libretto by Ingeborg Bachmann based on an 1811 play by Heinrich von Kleist.  The essential context is Henze and Bachmann’s rejection of German militarism and authoritarianism that they believed was being built back into the new German Federal Republic.  It has been enjoying something of a revival in the last few years, perhaps as a result of the resurgence of the Fascist/nationalist right, with multiple productions in Germany including one in Stuttgart in 2019 which was recorded for video. 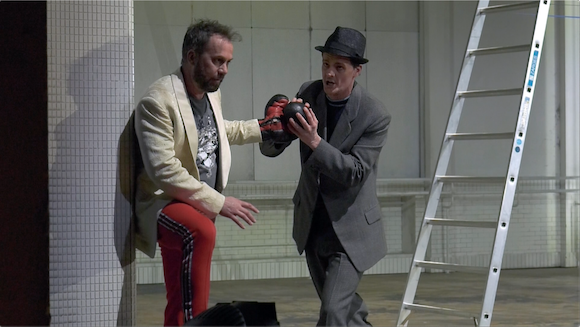 The plot is a bit convoluted and takes some unpacking as it contains both “realistic” action and dream sequences.  Here’s an attempt at a brief summary.  Friedrich, Prinz von Homburg is the son of the Elector of Brandenburg and commander of his cavalry.  It’s the eve of the battle of Fehrbellin (against the Swedes, 1675).  The battle plan makes it clear that the cavalry are not to engage until the order to do so is received but during the “orders group” Friedrich is off in a dream like state thinking of his fiancée; Natalie von Oranien and doesn’t really process the instruction.  As the battle develops he orders the cavalry to attack the Swedish right wing ensuring the Elector’s victory (this bit actually happened!) but disobeying a direct order. 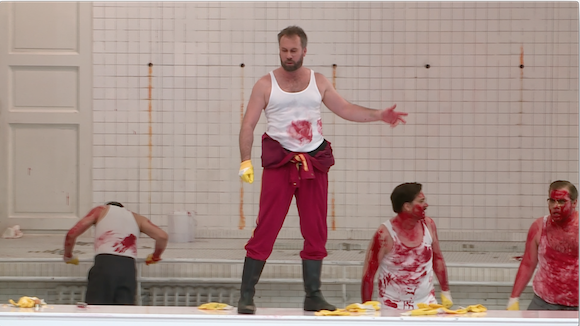 Friedrich is court martialled and sentenced to death but he refuses to believe that the sentence will be carried out until his friend, Hohenzollern, brings the news that the orders have been signed.  Initially Homburg despairs.  Natalie pleads with the Elector for his life. He tells her that if Homburg will write to him claiming he has been treated unjustly he will pardon him.  Despite an army revolt on his behalf Homburg refuses and insists that he wants to die.  He is led out to execution but the opera ends with another dream sequence in which freedom reigns. 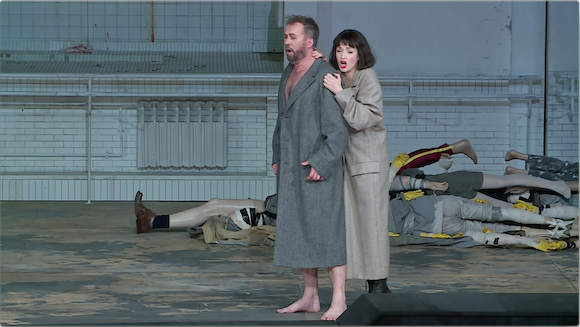 It’s a very conversational opera in which the themes of concern to Henze and Bachmann are explored; “discipline and order” vs. “freedom and individuality”, individual existence” vs. “reasons of state”, “the desire to control individual relationships being the beginnings of Fascism” and so on.  There’s more too about the relationship between dreams (= creativity?) and an ordered existence and the extent to which an individual can, in good conscience, play the “state game” without losing his humanity. 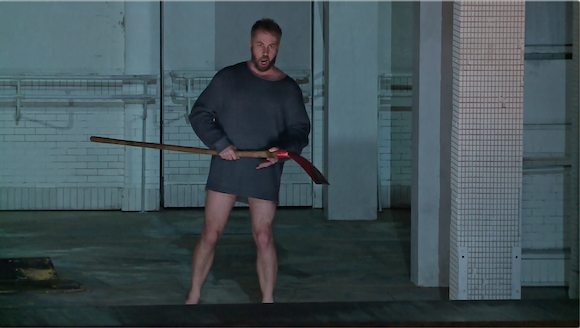 Musically it’s very rich.  Henze writes wonderfully evocative and colourful music and here he uses two different sound worlds.  The dreamworld is largely tonal and often very lush and lyrical.  The world of order and reality is conveyed by strict serialism with a tone row partially based on intervals typical of military band music.  It’s fascinating. 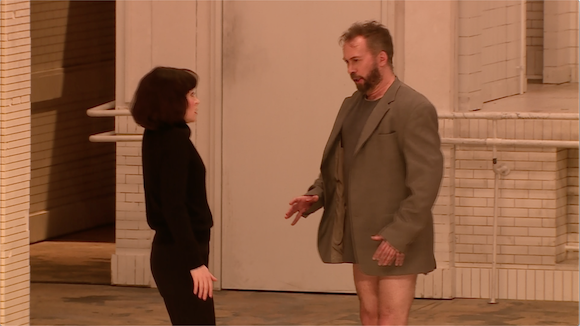 So let’s look now at Stephan Kimmig’s staging because it really didn’t convince me.  It’s given a sort of modern but not remotely realistic setting. For example, the Orders Group in Act 1 appears to be taking place in a ballet studio with the Elector and Natalie practicing at the barre.  The “battle scene” involves a scruffy bathroom where the characters smear themselves from buckets of blood.  Homburg and Natalie frequently indulge in strange jerky movements (at one point my notes read “John Cleese??”).  Various characters shed their trousers at various points for no obvious reason.  I understand that this piece is difficult, perhaps even impossible, to stage effectively but Kimmig’s direction simply didn’t illuminate the story for me.  I could just as happily have watched a concert performance. 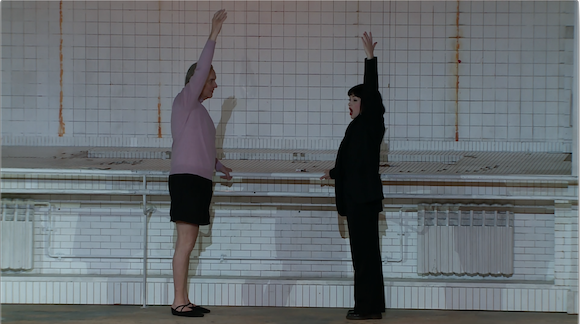 This is a shame because musically this recording is really good.  The star is perhaps the Staatsoper Orchestra and their conductor Cornelius Meister.  They sound fantastic and he is obviously very much enjoying himself.  There’s some excellent singing and committed acting too.  Robin Adams stands out for a multi-faceted and truly heroic performance as Homburg but Śtefan Margita’s Elector is just as good.  I think the Elector could come off as a stuffed shirt but that’s not the case here.  The ladies are very good too.  Vera-Lotte Boecker, as Natalie von Oranien, seems almost neurotic to begin with but later sings strongly and acts passionately especially in her confrontations with the Elector.  Veteran contralto Helene Schneidermann is also splendid as the world weary Electress.  There’s also an effective cameo by Moritz Kallenberg as Homburg’s friend Hohenzollern. 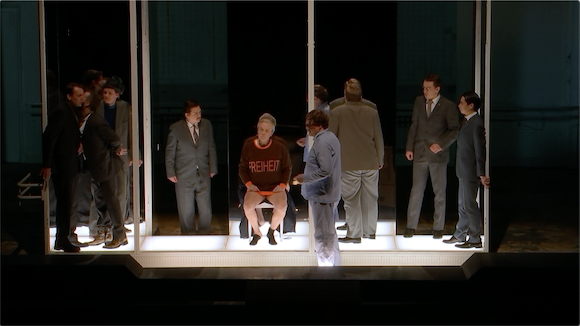 Video direction is by Andy Sommer and it’s straightforward and just fine.  The picture on Blu-ray is well up to modern standards and the sound is good too though, weirdly, only LPCM stereo is offered.  There are no extras on the disk but the booklet, besides track listing and synopsis, has a pretty good essay by the director.  Subtitle offerings are English, German, Korean and Japanese. I think this is a really impressive and thought provoking piece.  It may be more oratorio than opera due to its “thinkiness” and, despite his obvious understanding of and sympathy with the work I don’t think Stephan Kimmig’s staging really helps us get into the piece.  I’d love to see what a director like Peter Sellars could make of it.  Even so, with such fine music making this disk is well worth a look (or at least a listen!).