Toronto Operetta Theatre’s production of Gilbert and Sullivan’s HMS Pinafore opened last night.  Director Guillermo Silva-Marin has chosen to translate the piece to a cruise ship in the 1920s which has its incongruities but they aren’t particularly disturbing (except perhaps for Sir Joseph Porter’s shoes!).  In fact what we get is basically a crisp, well paced and idiomatic Pinafore which is what I want in G&S.  It’s also genuinely funny, though some jokes age better than others, and occasionally even quite moving.

There’s some rather good singing and acting especially from Ryan Downey as Ralph Rackstraw and Greg Finney as (inevitably) Sir Joseph Porter KCB.  Downey’s is a characterful performance with some proper tenoring and Finney is, well, Finney.  The rest of the cast is more than decent.  Rosalind McArthur is a rather arch Buttercup and that vibe seems to communicate itself to the rest of the cast which contributes a good deal to the overall tone of the production.  Holly Chaplin, as Josephine, picks  up on the archness while contributing some sweet singing.  Bradley Christensen is an appropriately bluff Corcoran.  Dick Deadeye is a bit hard to pull off in this translated context but Kyle Merrihew has a pretty fair go at it.  Somehow though a disfigured, smelly fo’csle hand doesn’t really fit in these elegant surroundings! 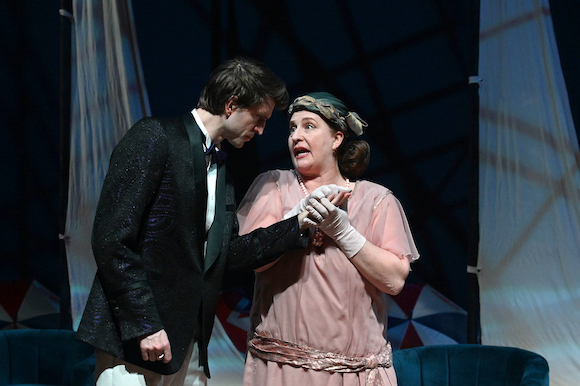 There’s lots of dance.  The choreography isn’t especially sophisticated or original but it’s executed with verve both by the soloists and the very decent chorus of cousins, aunts, sailors etc.  It contributes a good deal to the overall liveliness of the show.  Derek Bate conducts with a small ensemble and the musical side is briskly (appropriately) paced and well played. 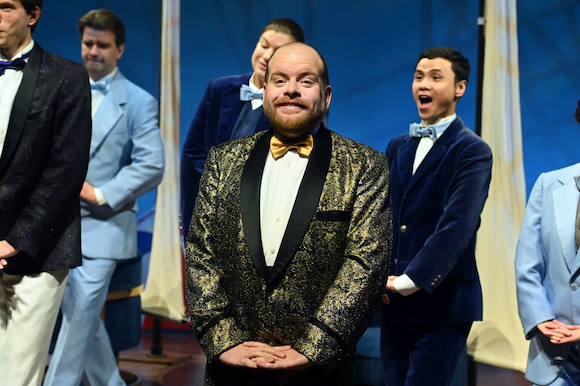 I confess to not always warming to TOT’s G&S but this one works.  I’m going to use the word “idiomatic” again because I think capturing the appropriate tone is critical for G&S (also Offenbach in a very different way).  This production captures the G&S idiom and by doing so creates a genuinely enjoyable evening at the theatre.

HMS Pinafore plays at the St. Lawrence Centre for the Arts with further performances tomorrow and Saturday at 8pm with 3pm matinée on Sunday.